1,500 Drones Create QR Codes in China For Players Who Want to Download ‘Princess Connect Re: Dive’

Drones are oftentimes used in combat and recreation, but this time, they have played an important role in creating colossal QR codes in the sky. We often limit ourselves to thinking that they only serve quite a handful of purposes.

This time around, players could scan QR codes made by 1,500 drones. This is to celebrate the anniversary of "Princess Connect: Re Drive," a Japanese role-playing game that debuted on Feb.15, 2018. Its video game developer is Cygames, the same studio which created "Fate/Grand Order" and "'Honkai Impact 3rd."

Drones Form QR Code in the Sky to Commemorate "Princess Connect: Re" Anniversary 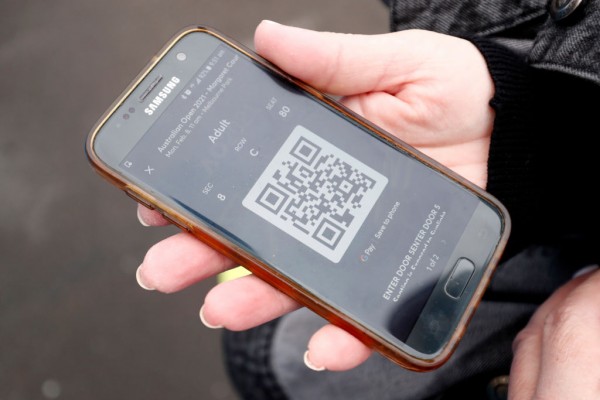 The capabilities of drones are meant for various events. It's even becoming a norm that drones could form some unusual shapes since people have already discovered that their purposes are endless.

Earlier this April, Slash Gear reported that the car brand, Genesis has launched 3,281 drones in Shanghai for the world record of having the most number of drones released. This time, the drones have another assignment that was accomplished but in a different field.

To spice things up, the video game developer has decided to create a memorable drone show for the anniversary of a video game. What she thought has captured a lot of attention from the players in the most unimaginable way.

Moreover, the developer has come up with an idea of generating QR codes in the form of drones for the celebration of Cygames' "Princess Connect Re: Dive" anniversary.

During the event, the Shanghai sky became a display show of 1,500 drones that flew in the city. Furthermore, what the developer did was experiment artistic choreographies above, which are all related to the game.

Players have witnessed some characters from the game who battle with each other. There were also text messages that appeared in front of them, as well as the game logo which caught their attention.

At the end of the exhibit, the drones created a shape of a giant QR Code in the sky. Of course, players could scan them like the usual QR codes.

After scanning, they could now access a personalized link to the game so they could read more about it. Also, they could download and install it on their smartphones.

According to Explica, Daniel Ahmad, an expert in the video game industry who covers games in Asia and China stated that the country has pulled the same gimmick upon the release of the game.

1,500 drones took part in the show to celebrate the game having been out for one year in China. pic.twitter.com/u1GDTXnM6p

China made use of big QR Codes which were painted on a building during the event. At the same time, people could also scan them so they could immediately download the game.

Meanwhile, China is popular for exploiting the use of QR codes since users have relied on it due to its ease of access. With just a simple scan and connectivity, they could now be able to access all activities including paying for a product in their device.

In Spain, this was an action that is meant to be copied. Even so, the application of QR codes in China has extended to helping those COVID-19 patients.