US Military to EU Allies on Counter-Drone Warfare: 'Enforcing Our Allies and Partners to Improve' Amid Incomplete Air Dominance

The US forces want to focus this time on improving their counter-drone capabilities after what it experienced from the Nagorno-Karabakh encounter last year.

Now, it is encouraging all its allies from Europe to adopt the development that they should attain for the next drone war. Meanwhile, US-European Command Chief Air Force Gen. Tod Wolters spoke that they plan to "enforce" their allies and partners to improve their tactics in the said warfare.

US Forces Wants to Focus on Improving its Small Drones 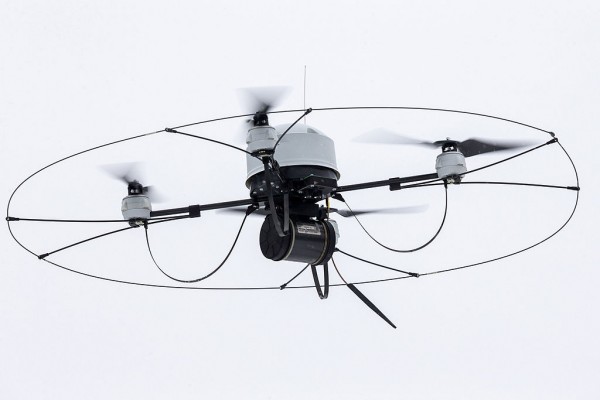 During the House Armed Services Committee hearing last Thursday, Apr. 15, Wolters pointed out that their air defense and programs should be boosted with capabilities that will adapt to the systems.

The "true" drone war which happened in Nagorno-Karabakh, a disputed territory known to be a part of Azerbaijan has displayed its supremacy when it comes to air attacks.

From the video footage on YouTube, the Azerbaijan drones have completely obliterated the Armenian forces on the ground, Defense News reported.

Moreover, the conflict in Ukraine has also shown Russian mail drones to be a strong force to be reckoned with following its win over the local forces in 2014 during the Crimea annexation.

These instances have driven the US military to step up when it comes to its military drones. Since these spoke volumes especially to US-EU forces, these could serve as a wake-up call for other countries as well.

For instance, Germany has decided to convert its anti-missile weapon into a pure drone defense. The sacrifice saw a lot of potentials, and this could be emulated by the rest of the US European allies.

Speaking to the lawmakers, Wolters assured that the US force will change its way of handling unmanned aircraft. There will now be an Integrated Air and Missile Defense program which will be the core of the military service.

Additionally, there will be a specific grouping that will happen which involves, interceptors, future sensors, and command-and-control elements. Wolters stated that their small drones are still not good enough and they have to further develop them better.

Effectiveness of the Drone Improvement System is a 'Great Concern'

For US Central Command leader USMC Gen. Kenneth F. McKenzie Jr., this is the first time that the US forces will be undergoing an operation without dominating the battlefield above.

Air Force Mag reported on Tuesday, Apr. 20 that McKenzie said that the UA proliferating could pose an impending threat to the US-EU allies and partners.

Establishing a superior counter-UAS methodology remains to be CENTCOM's utmost priority. While the defense systems could track incoming threats, their sizes compromise their tasks.

This is one of many reasons why an "integrated system" is crafted by the US military. If they engage in the drone war with other countries, this could be a game-changing tactic for the forces.

Meanwhile, US Africa Command (AFRICOM) head Army Gen. Stephen J. Townsend, spoke that the munition-armed drones are what he experienced during the Mosul battle.

At the time, they were fighting against the Islamic State group and Townsend was still the Combined Joint Task Force-Operation Inherent Resolve commander. To him, it is an "area of great concern" when it comes to the system's proliferation and effectiveness.

Currently, Townsend said there is ongoing work with the Defense Department even though AFRICOM has not yet witnessed the employment of war drones in Africa.

ⓒ 2021 TECHTIMES.com All rights reserved. Do not reproduce without permission.
Tags: United States Military US Military Europe Drones
Most Popular