High Hopes, a German-Israeli startup company, confirmed its new plan to clean the planet's air on Earth Day. Right now, many companies are developing various innovations that could help save Earth from different pollutions. 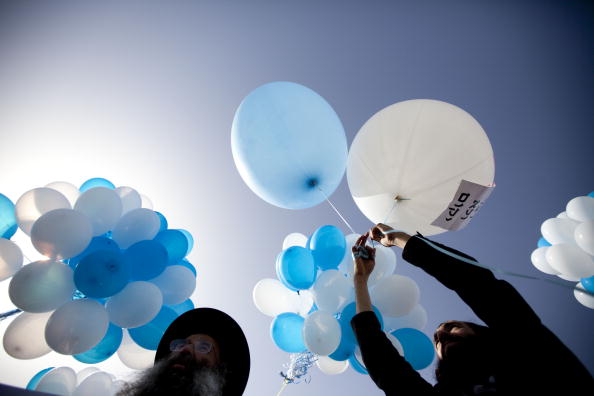 (Photo : Photo by Uriel Sinai/Getty Images)
Israelis release blue and white balloons to the air representing the colors of the Israeli flag during a right-wing protest against the visit of Iranian President Mahmoud Ahmadinejad to southern Lebanon on October 14, 2010 in Avivim, northern Israel. Hezbollah supporters rallied today, welcoming the Iranian President to Lebanon while Israeli protested his visit to the border.

These include Tesla and other car manufacturers that are now transitioning to full-EV manufacturing. However, instead of creating products that use clean energy, High Hopes decided to use balloons.

But, don't be fooled. These balloons are actually hi-tech. High Hopes explained that its new technology could capture and freeze CO2 in the air to allow more oxygen.

According to Engadget's latest report, the tech giant company claimed that its new advanced balloons can help various organizations and companies to extract large volumes of CO2 from the air.

The German-Israeli tech startup added that these balloons could also reduce the cost and make the CO2-extracting process easier than before. 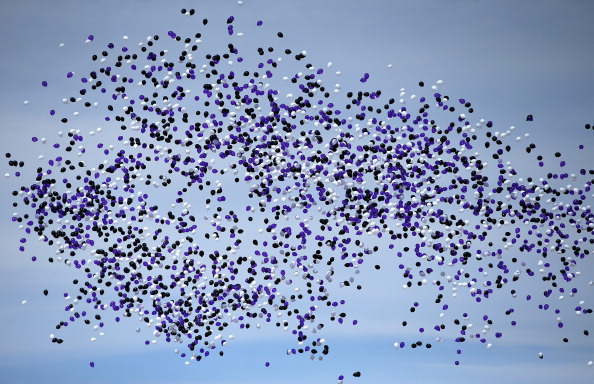 (Photo : Photo by Doug Pensinger/Getty Images)
Balloons are released skyward as the national anthem is observed prior to the game as the Arizona Diamondbacks face the Colorado Rockies during the home opener at Coors Field on April 4, 2014 in Denver, Colorado. The Rockies defeated the Diamondbacks 12-2.

Previously, the giant tech firm already conducted a few test launches. These missions were specifically launched to allow the company to study their balloons' capabilities.

However, the company said that the results aren't enough yet. They still need more time before they launch these hi-tech balloons publicly.

On the other hand, High Hopes also explained that most companies currently use dry ice since it can freeze carbon dioxide at minus 78 degrees Celsius or -109 degrees Fahrenheit. However, it claimed that this method takes too much energy, leading to more costs.

High Hopes also claimed that its Earth-saving innovation can change this since it relies on nature to freeze the CO2, allowing them to capture and remove it in the air.

Aside from High Hopes, various tech startups are also joining the fight against climate change. One of these is the popular iPhone manufacturer. Apple Newsroom previously reported that the tech giant firm has launched its first-ever $200 million Restore Fund.

The company explained that this new program will accelerate natural solutions to climate change. If you want to know further details, all you need to do is click this link.