A "Resident Evil Village" demo is now available for download, and it invites players inside the home of the latest favorite villain, Lady Dimitrescu.

The demo of the horror-adventure game from Capcom focuses more on the gameplay and a glimpse at the insanity the protagonist, Ethan Winters, will have to face.

The latest "Resident Evil Village" Castle demo, which takes place in Castle Dimitrescu, gives players 30 minutes to explore Lady Dimitrescu's abode--enough to show the ins and outs of the game.

According to IGN's play-through on Sunday, Apr. 25, the demo starts with the main character, Ethan Winters, waking up inside an unknown location in the castle, and it is up for the players to find their way around to find Winters' missing child, Rose.

Apart from getting the players accustomed to the game's controls, the demo also gives players a close look at crafting and recipes, where Winters can make different kinds of weapons and ammo, including a pipe bomb that can take out multiple enemies.

It also shows a number of Easter eggs, such as how to pronounce "Dimitrescu" properly, which fans have certainly mispronounced since the charismatic villain was introduced.

Early in the demo, players were introduced to the merchant, Duke, who somewhat hints that he knows the merchant from "Resident Evil 4," while uttering the same phrase and the same eerie laugh.

As for the gameplay, the demo shows that Winters have to go through four long-term puzzles and a mini-battle against one of Lady Dimitrescu's daughters. 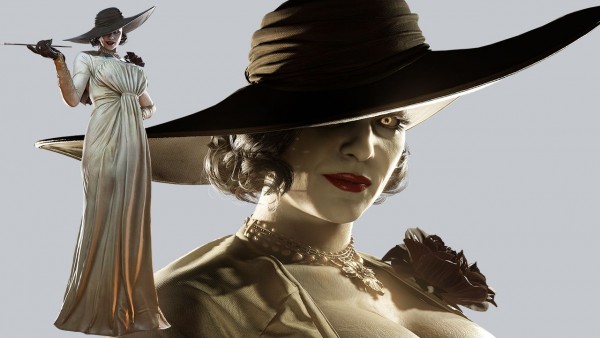 Players can get the free limited-time demo from the PlayStation store.

'Resident Evil Village:' What Is Known So Far?

Capcom had been releasing teaser trailers and showcases since the "Resident Evil Village" was announced on June 12, 2020, and it is enough to put two and two together to come up with a rough storyline of the upcoming horror game.

"Resident Evil Village" story starts sometime after the events of "Resident Evil 7: Biohazard," where players find Winters living with his wife, Mia, and their daughter, Rose.

A character well-known to the series, Chris Redfield, attacks Winters' home, killed Mia, and took Rose; prompting the everyday man of a protagonist to follow Redfield all the way to the titular European village.

It is in the village where Winters meets the massive vampiric villain Lady Dimitrescu, who started hunting him for an unknown ritual, and the Lycans who hunt him as he finds his way around the village.

"Resident Evil Village" is slated to arrive on May 7, 2021, and will be available on PlayStation 4 and 5, but players can pre-order the game as of this writing.