NASA's Ingenuity helicopter completed its third flight on Mars. It was able to achieve speed and distance that set a new record. 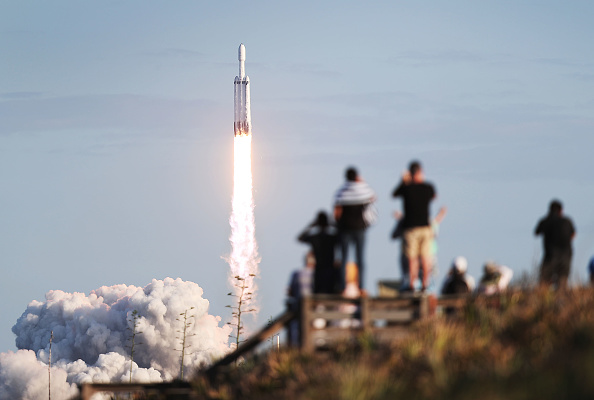 (Photo : Photo by Joe Raedle/Getty Images)
People watch as the SpaceX Falcon Heavy rocket lifts off from launch pad 39A at NASA’s Kennedy Space Center on April 11, 2019 in Titusville, Florida. The rocket is carrying a communications satellite built by Lockheed Martin into orbit.

Furthermore, NASA's Ingenuity helicopter also achieved its farthest distance, which is around 330 feet.

"Today's flight was what we planned for, and yet it was nothing short of amazing," said Dave Lavery, Ingenuity Mars Helicopter project's program executive. "With this flight, we are demonstrating critical capabilities that will enable the addition of an aerial dimension to future Mars missions."

According to Jet Propulsion Laboratory's latest report, NASA's Ingenuity team was able to capture what happened during the helicopter's third flight by adding instructions. These commands allowed them to capture more images of what the Ingenuity helicopter sees on the Red Planet. 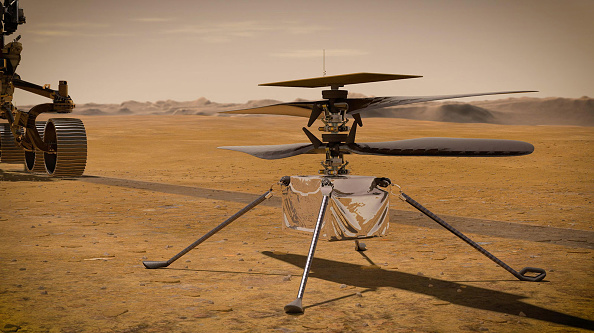 (Photo : Photo illustration by NASA via Getty Images)
In this concept illustration provided by NASA, NASA's Ingenuity Mars Helicopter stands on the Red Planet's surface as NASA's Mars 2020 Perseverance rover (partially visible on the left) rolls away. NASA's Perseverance (Mars 2020) rover will store rock and soil samples in sealed tubes on the planet's surface for future missions to retrieve in the area known as Jezero crater on the planet Mars.

Also Read: Here's How NASA Engineers Communicate With the First Helicopter to Fly on Another Planet, the Ingenuity Mars Helicopter

On the other hand, NASA's helicopter was also integrated with a color camera, which is also the technology that captured the helicopter's first images during its second test flight.

Aside from these, NASA's Ingenuity team also used additional steps, which are expected to offer insights that could be used by upcoming aerial missions of the space agency's space helicopter. Meanwhile, NASA's team of space experts also took advantage of Ingenuity's black-and-white navigation camera to track surface features below it.

If you want to know other details, just click this link.

However, the space agency's former Mars leader is expecting one thing. Scott Hubbard, Mars Program's former leader, and SpaceX's advisor, said that he wants to see a crewed mission landing on the Red Planet.

He added that they are also keeping their eye on NASA's Mars goal. On the other hand, Business Insider reported that the former Mars leader believes that the international space company is taking "incremental" steps to achieve this goal. But, this could still take some years until it is completed.