California is the first state to declare that it would end oil extraction efforts by 2045 and is now on the path to looking at alternative sources of energy and committing to a greener Earth in the coming years. Governor Gavin Newsom has dropped another pledge towards zero emissions and a cleaner planet, after its initial plans of a fully electric state.

The news comes less than a week after the global Earth Day, which has concluded its campaign and event last Thursday, April 22. It has highlighted the different effects of humans on the planet. Climate Change is real and it is still here, despite the many efforts of different companies like Tesla, GM, and others to present an electric alternative to transportation.

Different pledges have come from significant companies that were criticized for "not doing enough" for the environment as they were also speculated to be massive users of natural resources and contribute to pollution. The likes of Apple and Google have released their pledge to go carbon neutral in the following decade. 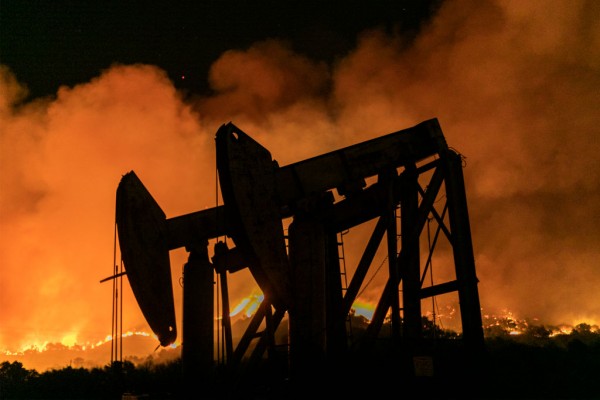 (Photo : Photo by David McNew/Getty Images)
SOMIS, CA - NOVEMBER 01: Pump jacks at an oil extraction site are seen at the Maria Fire, which exploded to 8,000 acres on its first night on November 1, 2019 near Somis, California. Southern California has been hit by a series of dangerous, fast-moving wildfires this week as Santa Ana Winds ushered in strong gusts up to 80 mph and extremely low humidity.

According to the the Office of the Governor of California, Gov. Gavin Newsom has rrecently eleased a pledge for the state to end oil extraction fully in 2045. While the timeline is long, lengthy, and is not coming until less than 24 years later, the initiative is already moving as the last of the fracking permits are to halt issuing by 2024.

This was part of the state's pledge of going carbon neutral in the coming years, which was already started by California's initiative of going fully electric with its vehicles by 2030, which is the up-and-coming decade. The move of the company has been greatly influenced, as it is the home of electric vehicles, in which Tesla was first established.

The state has been subject to a lot of green initiatives from the governor's office, which has been looking into achieving carbon neutrality for the state, and everything that happens within it. The move that it would do would be challenging, especially as it could potentially phase out businesses that go against The Golden State's plans.

California has a plan specifically for this, and it is called the "Climate Change Scoping Plan" which aims to remove all greenhouse gas-causing agents that mainly contribute to Earth's destruction. According to the Governor's tweet, California is the first state to do this, and its pledge to a greener Earth would soon lead to carbon neutrality.

NEW: California is now the first state to declare an end to oil extraction in the country.

Today, we're announcing that we will phase out all oil extraction — as part of a world-leading effort to achieve carbon neutrality — and ban fracking by 2024.