The world right now is in PC building limbo, if you've been living under a rock. Reasonably priced graphics cards are basically unicorns, CPUs are more or less the same, and it's just terrible. But that doesn't mean we can't get excited over this RAM news, at least.

TweakTown reports that a certain Chinese brand of gaming RAM is teasing brand-new DDR5 memory kits for 2022. Yes, you read that right. And the best thing about them is that they're so blazing fast, they make The Flash blush. The Asgard 128 GB DDR5-5600 kit will be among those supported by Intel's Alder Lake 12th gen CPUs and AMD's Zen 4 Ryzen 6000 series, which are due sometime next year.

Aside from this, the Chinese RAM maker has also apparently started mass producing their 16GB 4800 MHz kits, which are slated for release this year. These kits (we're assuming they're at least dual channel) will be featuring a CAS Latency of 40 at the least, which makes sense due to the sky-high clocks.

WCCFTech reports that by 2022, mainstream DDR5 modules will be available at speeds which used to be only attainable via extreme overclocking. It is once again Chinese manufacturers who are pushing the envelope, developing kits with capacities of 128 GB at ridiculous clock speeds of 6400 MHz. It is said that they're already working with board partners such as MSI, ASUS, ASRock, and Gigabyte, among others, to validate their kits. 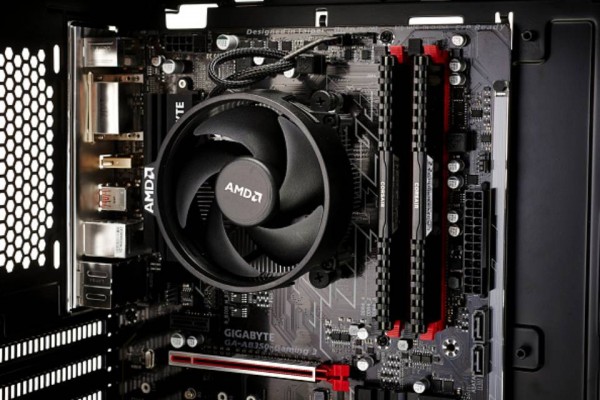 But wait. There's more! SK Hynix and Samsung, two of the biggest names in RAM manufacturing, are already promising even greater speeds. See, DDR5 clocks technically range between 4800-6400 MHz on paper. It means all you just read about was actually within accepted limits. But as reported by TechSpot, Samsung and SK Hynix plans to develop modules reaching a frankly unnecessary 10,000 MHz.

When DDR5 releases sometime this year, it's going to pack a wallop.

To see the significance of DDR5 RAM releasing soon, let's take a look back at its predecessor.

DDR4 was first introduced during the 2nd quarter of 2014 for the Intel Haswell Extreme platform (X99). And when Intel's Skylake architecture came out a year ago on August 5th, 2015, it finally brought DDR4 to the mainstream.

AMD was only able to support DDR4 with the 2017 release of their first-gen Ryzen CPUs, and since then, DDR4 RAM has been serving PC enthusiasts well with over double the speed of previous-gen DDR3. It has, however, seemingly reached a plateau. As of late, DDR4 kits can only top out at 4600 MHz, as reported by Tom's Hardware.

Now, what about DDR5? As you can see, it's also offering twice the bandwidth of the previous gen at the very least. And what Asgard chipmaker Jiahe Jinwei is doing right now bodes well for the PC building space, at least in terms of memory modules.

Not to mention, Google Chrome is going to love all that DDR5 goodness.

Best RAM on Amazon: Pick These Top Items for Your Gaming PC Available in Amazon Now!

Next Generation DDR5 RAM Will Offer Twice The Bandwidth Of DDR4, But When Will It Arrive?