Tesla CEO Elon Musk said that the FSD v9.0 may be available in two weeks and teased that it will "blow your mind."

Tesla FSD v9.0: What to Expect With the Latest Update

On Apr. 10, Inside EVs said that Tesla electric vehicles (EV) usually come with twelve ultrasonic sensors, eight cameras, and a forward-facing radar sensor, but the latter will not be used when the FSD v9.0 becomes available.

Musk also confirmed that the radar sensor would be dropped from Tesla's production, and would stop using the technology in the future.

In addition, the FSD v9.0 would improve driving during bad weather, and "weird corner cases," as well as unprotected left turns.

Tesla's FSD support page also mentions an upcoming autosteer feature on city streets, but neither Musk nor the support page mentions when exactly it will be released.

However, the tech CEO tweeted that utilizing pure vision with FSD v9.0 was proved to be safer and that the Gating factor is "achieving." 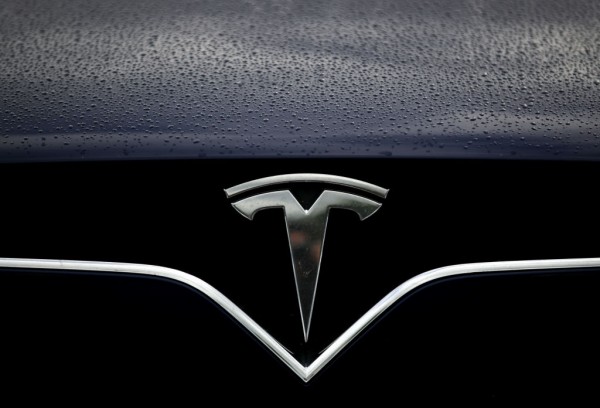 (Photo : Justin Sullivan/Getty Images)
The Tesla logo is displayed on the front of a Tesla car on May 20, 2019 in Corte Madera, California.

For those who are unaware, the Gating factor refers to a key element that limits or delays a specific task.

Lastly, the "Download Button," which was first promised to arrive with the FSD v8.3 update, would instead be included on the FSD v9.0.

After several fatal crashes involving Tesla EVs, government agencies have kept a close eye on the FSD feature. The National Highway Traffic Safety Administration (NHTSA) had been recording and investigating fatal incidents involving a Tesla EV, including the one that claimed two lives during the Apr. 19 Texas crash.

However, the NHTSA remains lagging on the matter as the government agency failed to issue specific regulations or performance standards for vehicles with semi-autonomous systems, including Tesla's FSD feature.

Additionally, the fact that deploying semi-autonomous functions blurs the line on who is controlling the EV makes regulation much more complicated.

"NHTSA refuses to take action for vehicles termed as having partial, or lower level, automation, and continues to wait for higher levels of automation before requiring that AV systems meet minimum national standards," said Robert Sumwalt, chairman of the U.S. National Transportation Safety Board (NTSB). "Because NHTSA has put in place no requirements, manufacturers can operate and test vehicles virtually anywhere, even if the location exceeds the AV control systems limitations."

The agency defended that it is in the midst of reviewing regulations around semi-automated vehicles, and encourages NTSB to lend them a hand in formulating advanced policies on semi-autonomous driving systems.