'Fornite' vs. Apple: Half of its Revenue is from PS4, Epic Games Not to Lose if it Does Not Return to iOS

Epic Games is still going against Apple in a lawsuit dispute of "Fortnite's" payment system. Initially, the game developer has been ruled out by the courts as having breached the Apple's App Store rules. However, Apple uses revenue data of "Fortnite" to go against the game's return to iOS, saying that the PS4 is the reason for half of its earnings and income. 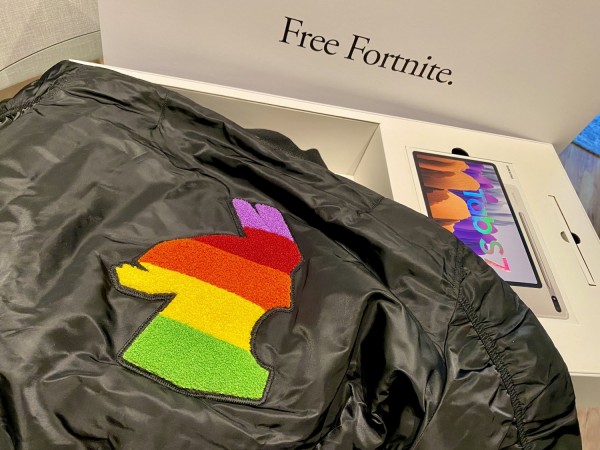 The tactic of Apple is to show that "Fortnite" and Epic Games are not benefiting from its mobile platforms, particularly with the iOS which only made up seven (7) percent of what Epic has made from 2018 to 2020. This data was before the issue of Epic Games with the Cupertino giant which has ensued last August 2020, when the pandemic was at its height.

The rocky relationship of Apple and "Fortnite" has been one of the highlights of 2020, as slurs against each other have popped up and retaliations from both camps have shown how messy these things could get. Apple has not allowed "Fornite" back since then but is willing to do so, provided that they adhere to the App Store payment policy of 70-30 split (70 for "Fornite," 30 for Apple).

'Fortnite' vs. Apple: PS4 is Half of Revenue from the Battle Royale 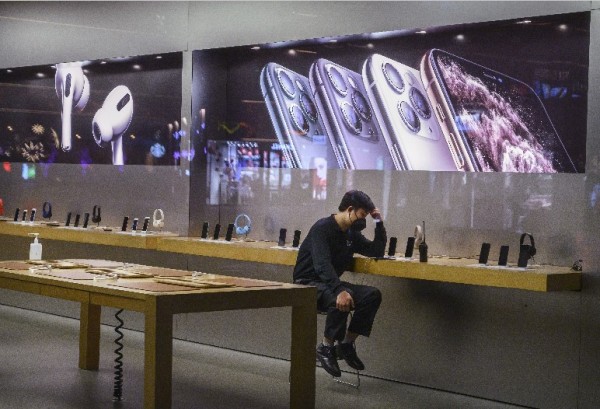 (Photo : Photo by Kevin Frayer/Getty Images)
A Chinese employee wears a protective mask as he sits in the showroom of an Apple Store after it closed for the day on February 1, 2020 in a shopping district in Beijing, China. Apple announced it was closing all of its stores in China until February 9th due to the outbreak of the coronavirus in Wuhan, The number of cases of a deadly new coronavirus rose to almost 12000 in mainland China Saturday, days after the World Health Organization (WHO) declared the outbreak a global public health emergency.

According to the recent Apple Court Documents (as obtained by Forbes), the PlayStation 4 from Sony is the biggest platform that serves Epic Games well with its source of income and revenue for the game. This goes against "Fortnite" which argued how the iOS is a massive loss for the battle royale, particularly with its ban.

Apple has gone through a new tactic that revealed it only made seven percent of the total revenue for the game from 2018 to 2020, compared to the 46.8 percent revenue that was generated from the PS4.

Apple: 'Fortnite' Not to Lose Much if Not Allowed Back to iOS 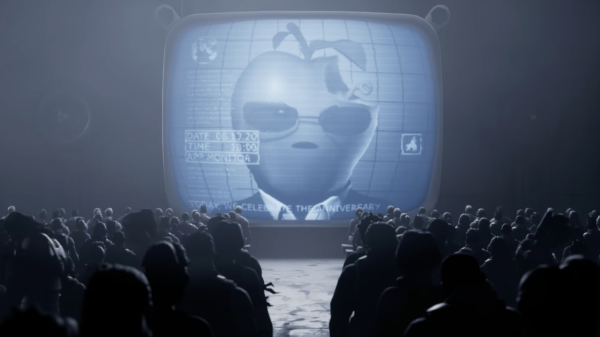 Moreover, in a deposition made by Epic Games for the case, in 2020 alone, the iOS platform has only generated 5.8 percent of the revenue for the battle royale game. This argument may tip the scales against "Fortnite" particularly because it shows how small is the iOS platform for the game, and would not affect much if it is permanently banned from it.

While Epic Games is still going against Apple regarding this venture, it has been a massive dispute between the two and is nearly a year since "Fortnite" was last seen on the platform.

Related Article: Fortnite is Being Barred from Xbox Cloud by Epic Games: Here's Why