"Pokemon GO" is teeming with a lot of legendary Pokemon. Recently, Xerneas became the talk of the town after it arrived in the game. While there are players who want to catch this Pokemon during the Luminous Legends X event from May 4 to May 17, many are not aware of how to use it effectively.

From its moves to its usability in raids, let's get to know if Xerneas is a worthy Pokemon to raise depending on your chosen task. 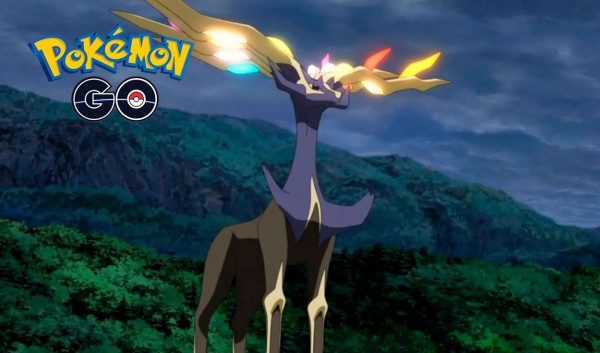 From Gen I to Gen V, there are only 17 Pokemon types available. When Kalos region was introduced in "Pokemon X and Y' in 2013, the Fairy type entered the scene.

Along with Zygarde and Yveltal, Xerneas also came as the new legendary Pokemon. It belongs to the Fairy class. Since this is a new type, some of the players have no idea about this.

Basically, a Fairy-type Pokemon is strong against Dragon, Bug, Dark, and Fighting-type Pokemon that's why many called this type the "Dragon Slayer." However, it is weak against Steel and Poison-type Pokemon.

Xerneas' type is unique since it belongs to the first batch of fairy mons. The downside that players could experience when using this Y-Shaped stag is its low stats which does not suit its legendary classification.

In PVP, the maximum CP that you can get for Xerneas is 3,781 which consists of 209 in attack, 206 in stamina, and 158 in defense. When fighting against Team Rocket or during PVE raids, it possesses 250 attack, 246 stamina, and 185 defense which are all fine for a stat line.

However, "Pokemon GO" has nerfed Xerneas upon its entrance to the game. What's worse is its declining stats which makes it more unusable to certain missions.

The fast-move tackle is the most decent move that you can teach Xerneas. Other notable charged moves that it could learn are Moonblast and Close Combat.

Since it is weak against Steel Pokemons, Close Combat will cover its weakness so it could battle head-to-head with its counter. On top of that, its defense sits indifferently which renders Xerneas to last for a short time. You could not surpass the Steel Pokemons' damage in the Master League when using Xerneas, as well.

Xerneas' Use in PvE and Raids

You have to be aware that Xerneas is hard to use due to its low stats. When the summer drops, we could expect that a wave of Dragon Pokemons will come out including Zekrom, Reshiram, and Kyurem. You could encounter them in their shiny versions.

Niantic could release them this 2021 since it's been a year since they debuted in the game, Game Pur reported.

When raiding Xerneas, three players need to cooperate to defeat it. Each player should have a strong counter to it. Aside from that, you should know that the weather conditions could affect your Raid runs:

For the final verdict, Xerneas is difficult to use during PvP, but it is viable for raid runs. Besides its commonplace stats, Xerneas needs a reliable signature attack and a good fast move.