The United States officially announced, on Monday, the approval of another giant solar energy project to be built on the public lands of California. It is slated to power up to 90,000 homes.

This project is dubbed as the Crimson Solar Project and will sit on 2,000 acres of federal land in Blyth, California. To add, it is worth a whopping $550 million, the Department of the Interior said, via Reuters report.

In addition, the said project vows to contribute to climate change and provide more jobs for Americans. 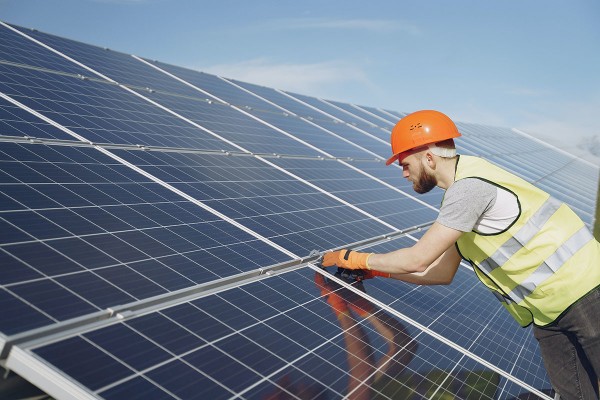 (Photo : Gustavo Fring/Pexels)
The United States officially announced, on Monday, the approval of another giant solar energy project to be built on the public lands of California. It is slated to power up to 90,000 homes.

Haaland also noted that projects developing public lands into renewable energy will make the U.S. a "global leader in the clean energy economy."

This announcement comes after President Joe Biden pledged to commit to a broad agenda to create jobs and fight climate change. Projects similar to Crimson Solar are part of it.

The Crimson Solar, on the other hand, will produce about 650 jobs on construction. However, only ten permanent jobs are to be created. And another temporary 40 maintenance jobs will be needed, the statement disclosed.

The project that is to create hundreds of jobs and power thousands of homes will be owned by Sonoran West Solar Holdings LLC, a subsidiary of Northern California-based Recurrent Energy LLC.

In January 2020, a similar solar project twice as big as the Crimson and situated in California, was also approved. It could generate 450 megawatts of electricity and power around 120,000 homes. Moreover, it is said to be worth $1 billion, according to a report by Patch.

The said project, along with the Crimson Solar, is part of the Riverside East Solar Energy Zone -- born from an agreement between the state of California and Obama's administration. It is focused on setting aside lands in the said state for renewable energy.

Other projects at the Riverside East Solar Energy Zone, according to Patch are:

It is noteworthy that solar energy is gradually increasing its capacity throughout the year globally.

Additionally, the International Renewable Energy Agency said in a press release that America had an "outstanding growth" in terms of renewable energy in 2020.

"The United States of America installed 29 GW of renewables last year, nearly 80 percent more than in 2019, including 15 GW of solar and around 14 GW of wind," the agency said.