"Dead by Daylight" 4.7.0 has added Tome VII which will feature four "Forsaken" characters. Through this content, players will experience a good crossover feature pointing out to one of the main characters in "Left 4 Dead," William Overbeck which we all know as "Bill."

We will know more about Bill's rich backstory in this tome, as well as additional information about Zarina, Kate Denson, and the two killers, The Plague and Tra Trapper.

Moreover, we will also look forward to the new stuff like the chat filter and the colorblind modes. For now, let's discuss what you should not miss in the latest mid chapter update. 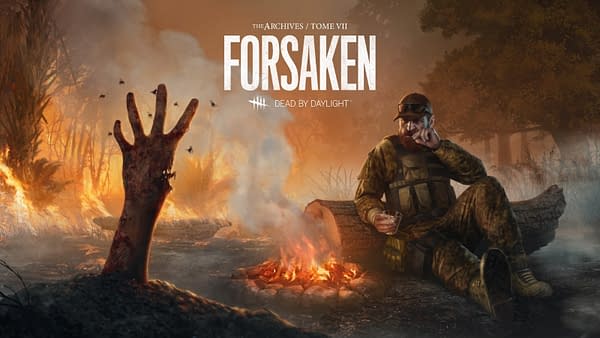 According to a report by The Gamer,  players can now collect a lot of rewards like cosmetics while heading to the rewards track of the new Tome VII: Forsaken rift.

For each level, 500 experience is needed for it to be completed. This time is much easier since the previous challenges require a player to have an 800 experience first.

While it sounds quick to accomplish, it still requires a big amount of patience from the player especially with the arrival of The Archives that players perceive as a good addition.

Now for Bill Overbeck's backstory, remember how you met him in the "Left 4 Dead" game. Through the tasks, you are entitled to finish the new tasks before he engages in a fight with the zombies in the survival action game.

The "Forsaken" tome will relive your old days with the game through its on-point theme which captures the exact elements and aura that you should expect. You could also meet other killers and survivors for free.

Furthermore, you can dress Bill in an exclusive attire which is accessible in the Free Track, in addition to the 2020 community outfit of Claudette created by Nohequin for the contest last year.

In the Premium track, you can get exclusive skins for Zarina, Kate Denson, The Plague, and The Trapper.

Besides the new characters that you can use in the latest 4.7.0 update, you can also encounter a new task in the recent Tome which you can find in the Observer's Auris Web.

Through the new Glyph challenges, you can interact with new items. As a survivor, you need to find the Blue Glyph and activate it in the match to give the killers a debuff that you would not expect.

The difficulty of the challenges varies, that's why the level of the risk is not the same from player to player. Do NOT forget to give a shot on these tasks so you could see how you could go with your abilities.

The Realm Beyond Campaign

Bleeding Cool reported that the "Dead by Daylight" mid chapter patch will also introduce The Realm Beyond campaign's update on its graphics following the Coldwin Farm Realm as well as the new features that you can access later.

The reliance of "Dead by Daylight" on the red color has been everywhere. From its use to being an identifier of some elements in the game like hooks, scratch marks, and generators, there are a handful of difficulties that some people could experience while playing.

For those who are colorblind, Behavior Interactive introduced a new setting located in the Graphics section of the game menu. Those players who like to access this feature can tweak the sliders so that they could adjust their desired intensity of the colorblind mode according to their preference.

There are times in "Dead by Daylight" that players abuse others in The Fog. For this reason, the developers came up with an idea to lessen toxic behaviors in the game.

Players can now utilize the new Chat Filter feature which would exclude racist and sexist comments, as well as those inappropriate words that the operators consider as "bad" for the whole "Dead by Daylight" community.

If you are playing "Dead by Daylight" and you are photosensitive, it might trigger an epilepsy attack on you. Behavior Interactive decided to guarantee that everyone could safely play the horror hack-and-slash game.

Particularly in The Doctor encounter, the heavy lighting is now reworked to avoid photosensitivity triggers. Other animations received improvements as well.

Related Article: Capcom Unveils 'Dead by Daylight' and 'Resident Evil' Crossover: Who Could be the Killer?