China's state media has recently written an editorial about its critics who hit them about Long March 5B's rocket debris, which fell to some parts of the world. Mainly, the article pointed out NASA and the US scientists.

Over the weekend, people were waiting for the rocket's return to Earth until it plunged to the Indian Ocean near Maldives on Sunday, May 9. 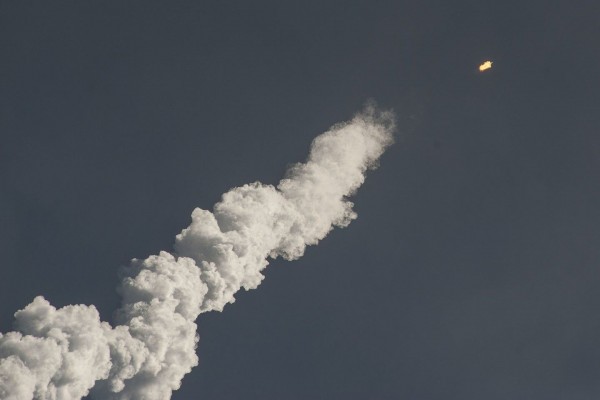 The Chinese government's news outlet highlighted that the Long March 5B has plummeted at 72.47 degrees east (longitude) and 2.65 degrees north (latitude) in the afternoon of Sunday (AEST).

As a result, several critics have blasted China's irresponsible handling of its rocket debris. Bill Nelson, the administrator of NASA has accused China after it failed to meet the "responsible standards" about its space junk.

Moreover, it even attracted the attention of other professionals around the world. They commented that China's Long March 5B's unexpected landing could contain "dire consequences."

In a recent report of The Global Times, the Chinese news mouthpiece, the "shameless hype" brought by NASA and the US experts was the only way to "discredit" the country's capability when it comes to the aerospace industry.

Furthermore, the article stated that China has no entire control of the situation. It even lambasted the US over its rocket debris landing.

It claimed that there is no sufficient evidence that will prove that the space debris from the US's rocket is "more controllable" than China's space junk.

As a support to this claim, the article wrote that the detritus left by the SpaceX rocket could potentially bring damage when it landed in Washington last March.

"It is seriously anti-intellectual to claim that China's rocket debris is especially risky," the news outlet read.

China Thinks Critics Are Only 'Jealous' on Their Space Technology's Progress

According to a report by News.com.au, the news outlet did not mince its words about the critics who slammed Long March 5B's space debris. It said that they are only "jealous" because the country has been making a huge process when it comes to space technology.

Moreover, the article also hit the critics' "evil" plans and accuse the US of using its "selfishness and unreasonable demands" as a form of international justice.

During the weekend, people from different parts of the world waited for the opportunity to see China's Long March 5B--and they were sure that they had witnessed the debris falling from the skies.

For Ted Muelhaupt, an expert in space debris, what China did should be a lesson on their part. He added that in the last couple of decades, that was the second-largest uncontrolled re-entry.

Previously, the space debris that fell to Eastern Africa has brought a lot of damage.

Meanwhile, China seems to owe the world an explanation for this cause. The Pentagon also commented that China should do a "better job" in maneuvering its rockets.

Lloyd Austin, the US Secretary of Defense, said that there should be a requirement for the space operation en route to a "thoughtful" and safe mode

Related Article: US Can Shoot Down China's Uncontrolled Long March 5 Rocket, But Refuses to Do It-Even If the Crash Could Happen Soon