What seemed to be dreadful news for Apple and its supplier Quanta is an answer to Macbook repair shops' problems.

In April, Apple -- as it showcased its latest products in a Spring-loaded event -- was being targeted by a ransomware group for leaked schematics of the Macbook. 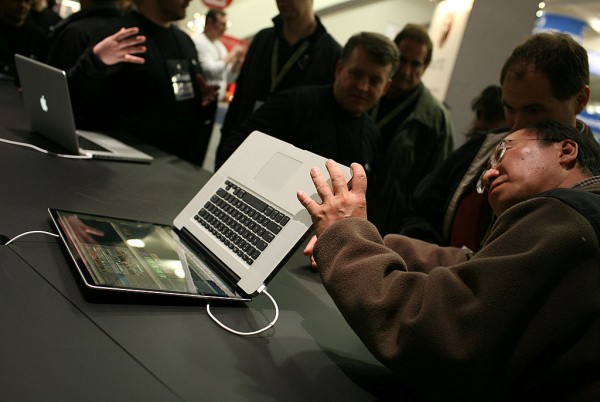 The ransomware group REvil claimed to have infiltrated the system of Quanta, the supplier and key manufacturer of Macbooks. The group even dubbed it as "the largest attack ever," Bloomberg reported.

REvil, in turn, is asking for $50 million from the Apple supplier, or it will leak the stolen blueprints of the MacBook.

After the failed demand, REvil turned to Apple and released the documents on the dark web. The group claimed that it will release more product documents, including personal information from employees.

The leak included the wiring diagrams of the Macbook and layouts of the logic board. The stolen documents are dated March 2021, which could be hints of an unreleased Apple product.

A Big Favor for Repair Shops

However, the attack seemed to be a big favor for MacBook repair shops today. The said blueprint is helping them recover seemingly forever lost data.

Independent repair experts are searching the dark web to purchase the leaked PDF. The document paints a clearer picture of how MacBook parts are assembled.

The ransomware-group-leaked information was supposed to give an advantage to Apple's rivals. It turns out the benefit goes to the repair shops.

Furthermore, Louis Rossmann, owner of the Rossmann Repair Group, told Motherboard that he is willing to pay the Cupertino company a whopping $1000 a year to get the information he obtained from the hack. The business owner, however, clarified that he is not in favor of ransomware hacking.

On another note, an expert told Motherboard that the said leak isn't as dangerous as REVil claimed.

Gay Gordon-Byrne, executive director of the Repair Association, also told Motherboard that a schematic could not build a phone or a laptop. It only informs how a part connects to another. Moreover, it gives a better idea of how each piece functions.

It is noteworthy that the information freely passed on by repair experts is illegal. Apple has copyrights to its product designs. Thus, the said blueprints are illegally revealing the trade secrets of Apple.

However, some repair experts, as Motherboard reported, believe that the said information "shouldn't be secret, to begin with."

Indie repair experts also said that the REvil merely wanted to help Apple product users to be able to fix their gadgets.