Huawei Launches Qingyun L410, First ARM Laptop to Have Linux, Kirin 900 SoC--Here are the Other Details

Meet Huawei's first ARM laptop, the Qingyun L410 which boasts a Kirin 900 SoC and Linux system compatibility. While major western companies have proved that their laptops are far more powerful than their counterparts, the Chinese company this time could have a big chance to match the previous models coming from the "huge" gadget makers.

For many years, Huawei has been exploring the quick progress of its technology even amid technological restrictions that the US government imposed. While this limits its distribution, it does not take away the fact that the company has been finding ways to impress its users especially with the rise of ARM laptops at the moment.

Huawei Qingyun L410 Has a Set of Unique Hardware 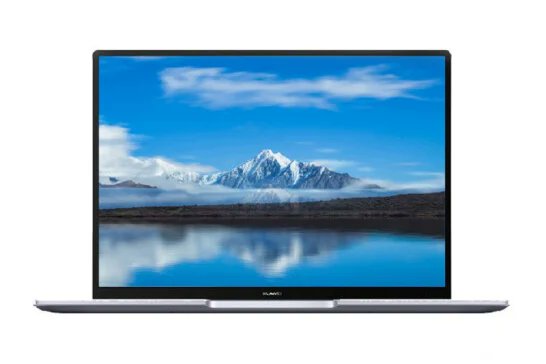 According to Gizmochina's latest report, the new Huawei Qingyun L410 has an impressive ultraportable screen of 14 inches. When it comes to its resolution, its 2160 x 1440-pixel perfectly fits in its 2K native resolution.

Moreover, you can also maneuver its 3:2 aspect ratio which is essential for numerous computing tasks compared to the standard 16:9. Its cropped bezels which feature a 90% screen-to-body ratio is one feat of work.

For its weight, its design suits its lightweight of 1.49 kg with the help of the anodized aluminum chassis. For those who own Huawei MateBook 14, you can easily trace the pattern in its design.

Read Also: Huawei MateBook vs. Microsoft Surface 3: Which Windows Tablet Should You Buy?

For the special part, this ARM laptop will be one of the best laptops in the long run with the capability of the Kirin 900 processor. Despite the crisis in producing chips, Huawei has managed to surpass the expectations of users through its very-own technology.

Huawei's 7-nm technology has merged with the 8-core CPU together with highly-advanced Cortex-A76s (2), and two medium versions of its type.

When it comes to autonomy improvement, four less powerful A55s have been added. Huawei Qingyun L410's GPU is a 16-core Mali G76.

For those who do not know about the mentioned SoC, Huawei used to incorporate it in its major electronic gadgets like tablets. This time, the Chinese firm has created Huawei Qingyun L410 as the first laptop that does not utilize any chip coming from AMD and Intel, the two major semiconductor manufacturers.

The L410's main configuration is composed of 8 GB RAM together with a 512 GB SSD.

It is no doubt that the jaw-dropping hardware of Huawei Qingyun L410 is off the charts. For this ARM laptop's software, you could imagine the same scenario in your mind.

This notebook features Unity OS (UOS), a form of Linux distribution. It was in 2019 when UnionTech produced this operating system in connection to the Chinese government's action to refrain from using Windows OS in computers. Judging from this fact, it would be unlikely for us to see this laptop be purchased outside China, Explica reported.

Once, Windows-Intel, hence the "Wintel" duopoly has been the most dominant tandem when it comes to the operating system. Now, with the rising popularity of ARM, we could potentially look forward to its further development in the future.

Truly, the Windows OS is quite irreplaceable since this is the origin of all emerging systems presently. For now, let us see how far the competition could go on in the market.

The challenge to consumers is the thrill of testing all computers at once so they could weigh the pros and cons of each product. Huawei Qingyun L410 might be new, but we never know how far it could exceed consumers' expectations in the middle of the tight "tech" war.