Your friends will no longer need to waste time skimming and skipping a podcast, as you share it with them. More fancy sharing features are also coming to the app!

Spotify announced on its website that it is now allowing users to share podcasts at a timestamp. 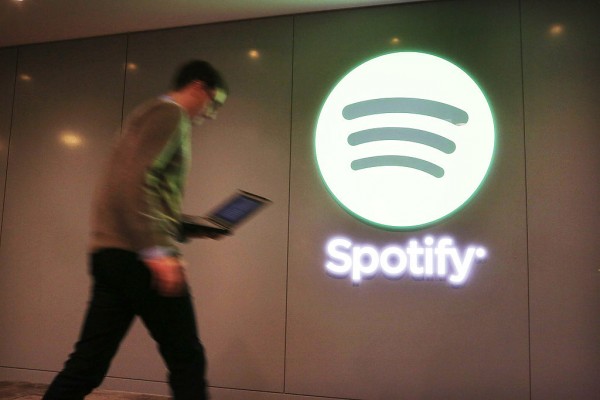 (Photo : Spencer Platt/Getty Images)
NEW YORK, NY - DECEMBER 11: A Spotify employee walks out of a news conference where Spotify CEO Daniel Ek announced that the online streaming music service will expand to 20 new markets around the world and that it has worked out a deal with Led Zeppelin, which had so far refused to license its catalog for streaming on the service on December 11, 2013 in New York City.

Unlike Youtube or Pocket, Spotify only allowed users to share links to the entire episode. The said limitation is a whacking frustration to some.

"We're making it even easier to share your favorite track or podcast episode with your friends through your social media channels," Spotify said in their statement.

Spotify also said that social features are more important than ever, as the pandemic removed concerts and fan events from our lives.

Read Also: Spotify HiFi: Audiophiles to Stream Lossless 'CD Quality' Like TIDAL-Is it Worth It?

Therefore, music artists and podcast creators will have to be in touch with their fans remotely. On the other hand, supporters would still want to send admiration to their favorites, now, also digitally.

Additionally, both iOS and Android users will be enjoying the new sharing feature.

Users may optionally add a quote, reaction, or even, as subtle as, an emoji. And when your friends decide to click it, they'll get to where you wanted them to hear (sans the aimless skimming and skipping.

Spotify Canvas turns songs pages into videos. It launched on Instagram Stories in June 2020, the company said in a statement.

The said feature is dubbed by Spotify as "a new way to use social media." It is supposed "to bring your music to life and heighten engagement with fans."

Following the move to also make Spotify Clips available on Snapchat, Canvas will also be heading to the messaging app.

Spotify further said that: "These bring a whole new listening experience for fans and music lovers."

The update will also show a preview of your Canvas before sharing it. It will give users a better picture of how their content will look after posting on social media.

Besides, when sharing a Canvas, the social media channels will be laid out in a grid -- making it easier to share.

Spotify in a survey to its users showed that 40 percent of music discovery is due to social media. It is why Spotify is increasingly improving how people could tell the social media world what they're listening to.

The music app also launched an audio player that gives access to podcasts and songs without leaving the Facebook app. It is called the Project Boombox.

Related Article: Spotify vs. Apple Music vs. YouTube Music: Which Is the Best Music Streaming Service For You?