After months and months of being rumored, here they finally are: the NVIDIA RTX 3050 and 3050 Ti, the Ampere architecture's first forays into entry-level hardware.

But, as always with GPUs these days, there's a catch.

CNET finally revealed the existence of the brand-new NVIDIA cards, which are expected to replace the GTX 1650 and 1650 Super while offering access to ray tracing features. The catch, however, is that the RTX 3050 and 3050 Ti is only going to be featured on sub-$1000 gaming laptops--for now.

(Photo : (Photo by Wu Jun/VCG via Getty Images))
SHANGHAI, CHINA - AUGUST 03: A logo is seen at the Nvidia stand during the 2018 China Digital Entertainment Expo & Conference (ChinaJoy) on August 3, 2018 in Shanghai, China.

In today's age of GPU shortages where even NVIDIA themselves agreed that supplies won't ease up until 2021 ends, the RTX 3050 and RTX 3050 Ti were supposed to be saviors. Apparently, not. NVIDIA and their partner laptop makers are planning to release a line of relatively affordable gaming laptops starting at USD $849, according to The Verge.

Read also: Will The CPU And GPU Shortage End?

Serious Power On The Low End

For now, let's forget that graphics cards are impossible to buy these days and look at the value proposition of these new NVIDIA GPUs.

According to a report by Engadget, the 3050 and 3050 Ti are going to deliver a 60 FPS experience in today's most popular games. Team Green included "Call of Duty Warzone," "Control," and "Watch Dogs Legion" in their testing, among others, which showed the graphical potential of these entry-level Ampere parts.

And that 60 FPS average? That's with ray tracing and DLSS on, which is pretty amazing. 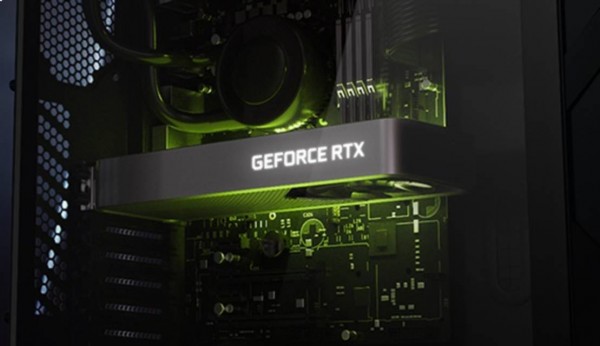 Achieving this seems a little surprising, too, given the modest hardware that NVIDIA is putting under the hood.

Both GPUs also reach a 1.7 GHz boost clock from a roughly 1 GHz base.

Which Laptops Will Have Them, Exactly?

Lenovo's upcoming Legion 5 Pro is one model confirmed to pack either of these chips.

First leaked back in April, the Legion 5 Pro is also going to have a Ruzen 7 5800H processor, with 8 cores and 16 threads at 3.2 GHz. Memory is expandable to a max of 32GB DDR4, along with the storage which can go up to 2TB.

Other laptop models, however, have either not been leaked out or confirmed yet. But for all intents and purposes, fans can expect big-name makers like MSI, ASUS, Acer, and probably even Razer might release 3050 and 3050 Ti-equipped models later this year.

Is It Too Early To Hope?

But of course, these are mobile versions of the new RTX cards. It might be safe to say that the desktop versions will be far more powerful.

Compared to the outgoing GTX 1650 and GTX 1650 Super, the RTX 3050 and RTX 3050 Ti are going to offer an insane value option to gamers who have been stuck without graphics cards since the GPU-pocalypse began. Full support for DLSS and ray tracing, while offering 1080p 60 FPS gaming at high settings? That's hard to pass up.

It still remains to be seen if these GPUs will be released in discreet desktop versions. Here's hoping that they won't be as appealing to miners too, given their lower-end tiers.