Nintendo Switch will introduce the upcoming calculator app which looks like the regular calculator from online websites. Most likely, it would resemble those that people use in their smartphones, but what could be its difference from its physical counterpart?

Ahead of its release on Wednesday, May 12, many Reddit users have shared sentiments about their expectations for the soon-to-release app. What could they be all about? 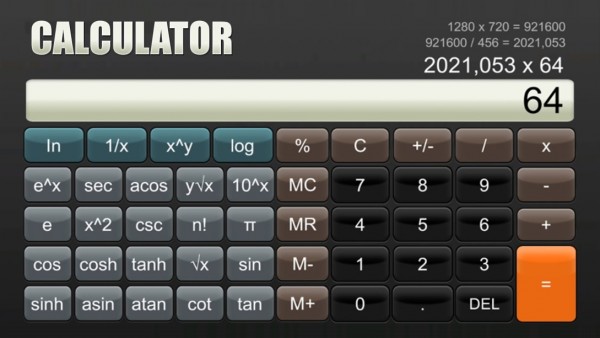 According to a report by CNET on May 11, there is a need to resist the feeling of desperation to immediately purchase this app. For the US residents, you can get his calculator app for $10, whereas the UK consumers could buy it for £8.

For the Australian buyers, this app will cost you AU$12.75 but at the moment, it has not yet been listed in the eShop.

While this looks like something to look forward to for the Switch users, the description below could give you a glimpse of how it could look like.

"A scientific calculator with a clear easy-to-read multi-line display, which should help with those not-so-easy-to-do maths problems. The calculator has an appealing modern and practical design, sure to be popular with all students and engineers, " the description from the official website of Nintendo reads.

However, it seems that we could expect a typical type of calculator that we use in school and office. This is a hard slap for the Nintendo fans who are expecting that its design will adopt Nintendo-related themes like "Super Mario" and the "Legend of Zelda."

Reddit Users Have a Commotion About the Upcoming Nintendo Switch Calculator

The online-sharing platform, Reddit is one of the most leading websites which brings the most updated discussions to the online table. For the users of this site, you can see several forums everywhere which serve as "comfort" places for people from different parts of the world.

In a r/NintendoSwitch forum created by the user named SahilGagrai, many Redditors share their expectations of what's ahead of them when it comes to the calculator of the Japanese console maker.

One user said that he is expecting an HD-remastered version of the app while the other one commented if the calculator will run at 60 fps. Most probably, like any other games from the eShop, there is a chance that this app could operate smoother than expected.

While the two comments seem to be positive, another Redditor questioned that he was already tired of the "remakes" of Nintendo.

From a more hilarious discussion, another user stated that the calculator has an appealing and modern design which will be a top hit, especially for the students and engineers. The next user replied to him that the Nintendo's calculator looks like an old iPhone calculator during the 3G days.

In another comment, one user appears to be expecting the physical release of the calculator app. The idea behind this "physical version" looks promising since it could become a "collector" edition souvenir of the gamers.

"I'm hoping for a special edition controller with about 50 buttons and a small screen built-in," one Redditor wrote.