After months of specification leaks, a couple of AMD Cezanne APUs have apparently been benchmarked at last-and they're looking pretty good.

WCCFTech reveals that the alleged benchmark numbers are for the 8-core, 16-thread Ryzen 7 5700G and the 6-core, 12-thread Ryzen 5 5600G. The two SKUs are part of the new AMD APU lineup that's currently restricted to OEMs for now, though Team Red did announce that they'll be releasing it to retail later this year.

The information comes from a Twitter user who goes by the handle @APISAK, who provided a few CPU-Z benchmark screenshots which were shown in a Tom's Hardware report. As the screenshots show, the AMD Ryzen 7 5700G topped the Intel Core i9 10900K in single-thread performance, and the i9 9900KS in multi-thread workloads. 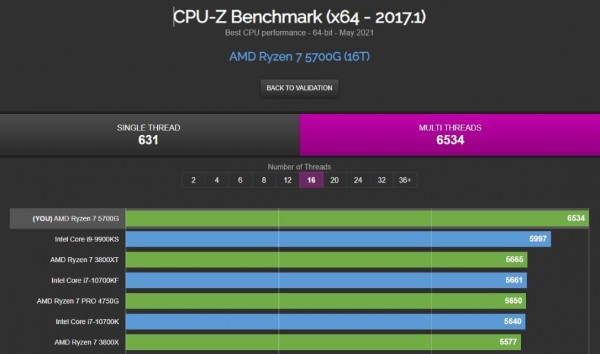 As for the Ryzen 5 5600G, it's no slouch either. It was also faster than the 10900K (albeit slightly) on one thread, but it handily beats the Core i5 10600KF in multi-thread performance. With these numbers, it seems like the 5600G will offer an insane value proposition at the mid-range (provided, of course, the CPU shortage doesn't affect it much).

What's so Good About the AMD Cezanne APUs Anyway?

There's been much hype about these Ryzen 5000 APUs, codenamed Cezanne, ever since they were announced for OEMs back in April. On paper, these are perhaps the most powerful processors with equally capable integrated graphics to date. Intel has been doing the same thing for years, sure, but the capabilities of their iGPUs have always been lacking. 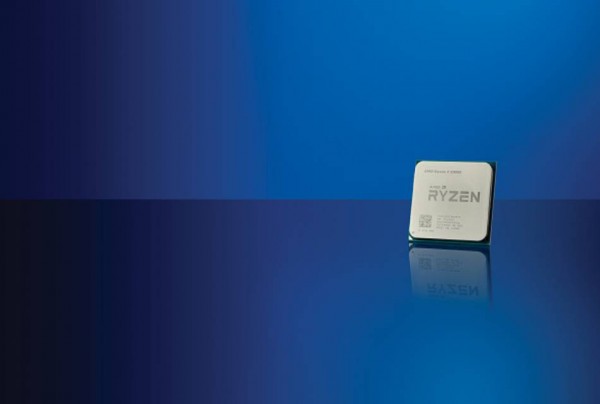 AMD made it a point to equip these chips with respectable 1080p gaming performance using Vega graphics. The 5700G had Vega 8 graphics, which has 8 GPU cores and is clocked at 2 GHz, according to the spec sheet on AnandTech. As for the 5600G, it featured Vega 7 graphics with 7 GPU cores, clocked slightly lower at 1.9 GHz.

Now, what do these mean in terms of gaming performance? Well, considering GPUs are pretty scarce right now, they're powerful enough to tide gamers over until stocks get replenished. Not only that, but these chips are getting high-end motherboard chipsets (X570) to support brand-new features too, such as PCIe Gen 4. There's no word about whether this chipset will support DDR5, though.

Red Shadow in the Horizon

Even if the Cezanne APUs are currently restricted to OEM system builders, the chips are still part of the Ryzen juggernaut that's been steadily encroaching onto Intel's market territories. Gone are the days when AMD processors were the "cheap, low quality options". Now, they're starting to become the first choice for a lot of gamers and even hardcore enthusiasts. 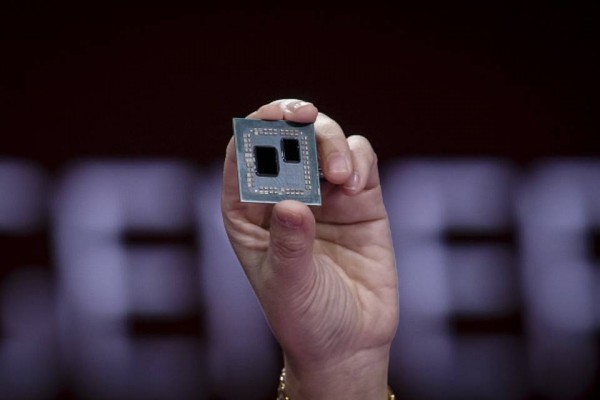 Here's hoping that when AMD launches these Ryzen 5000 APUs, especially the 5700G and the 5600G, they're going to disrupt the market in such a way that low-end graphics cards are going to be extinct. Now that's something to look forward to, because it means that the overall value per dollar you get from GPU solutions are going to increase tenfold.

Related: AMD Ryzen Chips Are CLOSING IN On Intel's Territory In Terms Of Share-Can Team Blue Fight Back?