Venmo has been exposed for its security flaws and issues as President of the United States (POTUS), Joe Biden's account was traced by BuzzFeed News in under 10 minutes within the payment application. This exposure is to prove a point, and it is the safety of people within Paypal's mobile payment system which can also reflect one's friends or contact list. 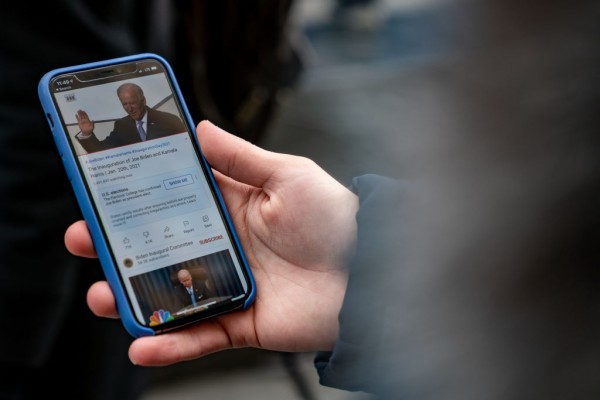 The application has a lot of hackers which steal the credentials of people and siphon money from their accounts, without many repercussions due to the alleged lax security of the payment app.

PayPal's Venmo has been an application that holds a lot of features present for Americans to use, and it can be used for the likes of Uber rides, among other possibilities which can be used for online transactions. It can also be used to trade or invest in cryptocurrency within the app, with only a $1 minimum requirement for its transactions.

BuzzFeed News has recently divulged that it has found the account of President Joe Biden through Venmo, and even leading to tracing the so-called "inner circle" of Biden which includes his grandchildren and friends. This was to prove the significant security issues of the PayPal mobile payment system which exposes people and their accounts.

The significant issue in this exposure is that Venmo's friends list or contact lists for direct payment or funds transfer is flawed, and has been lax in this issue for years, which led to the publication trying to trace it. It was proven that anyone can be traced or exposed, and this includes the President's account being vulnerable to the said issue and possible security flaw.

It was recently reported that President Biden sent money to his grandchildren via Venmo in a public transaction where the amount was not revealed.

Venmo's Security Flaw: Hacker Reveals How to Do it via Public Transactions

In the recent report by KMOV News 4, a trained hacker for Venmo has revealed the way threat actors access the PayPal mobile payment application, and it is through a significant feature in the app. The main flaw of Venmo is focused on its public funds transaction or system, which can be easily traced as it is automatic or a default setting within the app.

The security flaw can then be used by hackers to gather information or create elaborate schemes to entice people into revealing several pieces of information within their accounts, leading to dark entities stealing money from them. This issue sounds familiar with President Biden's recent money transfer to his grandchildren, which could have been a target for hackers to steal money from or enact a scheme.

Related Article: You Can Now Pay For Uber Rides With Venmo: Here's How