Venmo New Feature: Users Could Now Invest in Four Cryptocurrencies Starting with $1 as a Minimum Requirement

Venmo users could now use a new feature for their cryptocurrency trading. They could now invest in four different cryptocurrencies in the mobile payment app of PayPal. 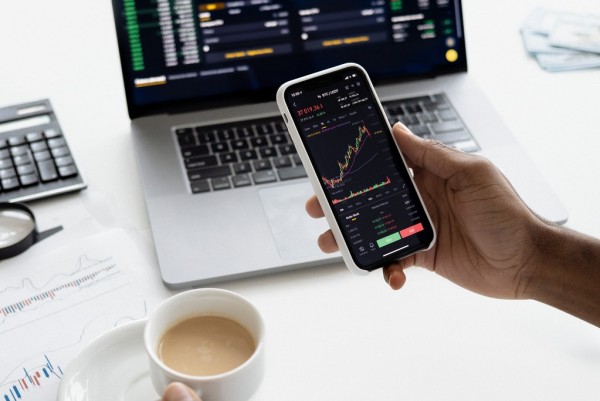 Currently, people are becoming dependent on buying, holding, and selling virtual currencies since they are much more convenient to invest than their physical counterparts.

On Tuesday, Apr. 20, users could now use Venmo's new feature to invest in bitcoin, litecoin, bitcoin cash, and ether. What's amazing with this opportunity is users could enable this through the minimum spending requirement of $1, CNBC reported.

Furthermore, it also gets interesting now because users could share their purchases with their friends, colleagues, and other people via the social feed of the Venmo app.

The feature is in line with Paypal's expansion so users could extend what they can do in the crypto platform. Additionally, users could also pay on online sellers around the world through their cryptocurrency holdings.

The crypto market is indeed becoming increasingly competitive in the United States. Moreover, we could not deny Venmo's fame in the country since it serves over 70 million users.

In particular, the app is also a big hit among young users. Currently, its main competitor is the Cash App by Square.

According to Venmo's general manager and senior vice president, Darrel Esch, Veno will provide the crypto community with an opportunity to "learn and explore" the currencies on a trusted platform that users love to use on their investment journey.

"Our goal is to provide our customers with an easy-to-use platform that simplifies the process of buying and selling cryptocurrencies and demystifies some of the common questions and misconceptions that consumers may have," Esch added.

What Happens to the Rest of Cryptocurrencies

Being the latest app that embraces crypto, as per Forbes report, Venmo boasts that its new feature is made possible through the collaboration with Paxos, a regulated blockchain infrastructure firm.

PayPal has been using the digital asset initiatives of the said firm. Last 2020, the company was entitled to a license to operate undertakings concerning cryptocurrencies.

Last month, PayPal added another crypto investment. It finalized acquiring Curv where users could keep their digital investments for up to $200 million.

This year, Bitcoin's value skyrocketed as well as the other rising cryptocurrencies such as Dogecoin which continues to rise in the ranks. On the other hand, there is another business sought by PayPal and Tesla in the space.

The company owned by Elon Musk has already purchased a staggering $1.5 billion worth of bitcoin. It also announced that it will now accept it like a car payment as well.

Besides, several countries have expressed interest in creating their digital currencies like in the case of the UK which wants to have a digital version of the British pound.

On the other hand, the China bank has also shared the same sentiment of creating the digital edition of its yuan currency after calling bitcoin an "investment alternative" earlier this week.