One of Tesla's prominent rivals has been evaluating his judgment about venturing the company's stock lately. Michael Burry, the actor who played as a finance expert in "The Big Short" has recently placed his bet option of $530 million against Elon Musk and his firm. 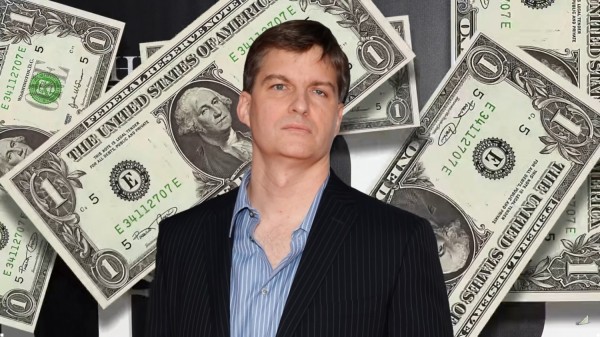 (Photo : Cooper Academy via Screenshot from YouTube)
Michael Burry, a famed man from 'The Big Short' has revealed his bet options amounting to $530 million for the Tesla stocks.

According to a report by Teslarati, the late 2000s became a key year for Michael Burry and the rest of the investors as they earned a billion dollars due to the mortgage crisis. In the middle of this happening, the investors became interested in considering how Burry analyzed the stock trend based on several credibilities.

This time, the 49-year-old hedge fund manager is now in a short position with the electric vehicle company, but that's not surprising news for those who have a nose in business news. In the past, Burry has seen Tesla's potential as an effective money outlet for investors.

Moreover, The US Securities and Exchange Commission said that Burry has considered the "long put option" against Tesla's 800,100 shares which is also equivalent to $534 million at the Q1's end.

For those who rely on long puts, profits will be earned when there is a fall in prices in the underlying securities. The filing states that as of Mar. 31, there were already 8,0001 put contracts owned by Burry along with the expiry (strike price), and unknown value.

On Monday, May 17, Tesla shares were said to decline by over 4%. Currently, there is a 20% month-to-date loss recorded for the decrease, CNBC reported.

In April, the production of Tesla was hampered by the slumping sales that whipped China. There are also ongoing shortages among the vehicle parts which have impacted both factories from the said country and the United States.

In a now-deleted tweet, Burry said that Tesla's red flag is its dependence on the regulatory credits which it uses to earn huge profits.

Aside from the famed "Big Short" appearance, Burry has also been involved when a large-scale short squeeze occurred on Wall Street. Meanwhile, the recent surge of GameStop could be a convincing indication that Burry's position is a win-win situation.

In this year's Q1, there were $518 million recorded in the regulatory credits' sales. In general, Tesla has been receiving support from government-sponsored programs especially in its battle to eradicate carbon and support the use of renewable energy.

The net income of the EV company in the Q4 of 2020 was $270 million. Later, a $401-million sale in regulatory credits enabled it for the car manufacturers.

At the moment, Tesla is facing criticisms especially in its China and US-based plants because of the reported vehicle crashes which have been undergoing investigations.

In the context of Musk's dogecoin and bitcoin, several people believe that the CEO has a big contribution to the volatility of the company's stock.

Tesla needs some hauling this year after it skyrocketed to 740% in 2020. This year, it displayed a significant drop of nearly 20%.