"Pokemon GO" is debuting a special challenge on Tuesday, May 18. It involves the arrival of the Dark and Flying-type Legendary Yveltal with a five-star raid lined up at 10 AM local time. This is part of the Luminous Legends Y event that would bring a lot of new challenges for the game, including new Team Rocket Challenges, and a Galarian Pokemon.

"Pokemon X&Y" has dawned upon "Pokemon GO" faster than expected, especially as this is part of the new era of the popular manga to immediately be added to the popular AR game, compared to other generations. X&Y is part of the Generation VI (6) Pokemon lineup, centered in the Kalos region with Xerneas and Yveltal as its Legendaries.

Xerneas will soon depart from the platform as the center of raids and the event, as the Luminous Legends X event will finally make its exit from the platform. But this is not something to bring one's hopes down, especially as it ushers in a new legendary event to dawn to the platform, immediately after Xerneas and Arlo's challenges in the past weeks. 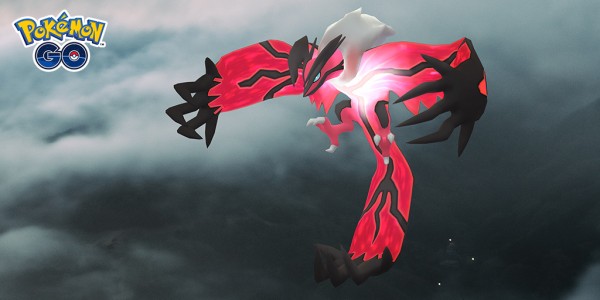 One of the largest events in the Luminous Legends Y Event is the Yveltal Raid which will debut on Tuesday, May 18 at 10 am local time. Pokemon GO Live said that Dark Pokemon would appear more in the wild, following the shadows of Yveltal as it debuts in the AR game with its Dark and Flying-type monstrosity.

Yveltal is recommended to be faced with maxed-out CP and movesets from Shadow or Mega Pokemon, rounding up most of a player's Legendary creatures from past events. According to Pokebattler, these are the top 10 Pokemon and their moves that could create the most damage against Yveltal.

Apart from Yveltal Raids, "Pokemon GO" is also debuting more Team Rocket challenges in the wild, so expect a lot of battles from grunts and other members of the menacing league. Be ready for surprise attacks or PokeStop battles against the notorious team of Poke trainers.

As a part of the Luminous Legends Y event, the Team GO Rocket Grunt challenge has officially blasted off! Work with Trainers worldwide to defeat Team GO Rocket Grunts and unlock rewards during the second half of the event! We’ll be tracking your progress on our social media! pic.twitter.com/iQscVf3xB6

Galarian Zigzagoon will be available on Field Research or Team Rocket-themed research tasks, and these are said to be enough to evolve the creature for its special form to bring a stronger Pokemon. Galarian Zigzagoons will be limited in the wild, so it is important to accomplish the field research to get a chance at the Pokemon.