There is a chance that we could see a UTI vaccine in the next coming years, according to a researcher from Duke University in Durham, North Carolina. The solution for this bacterial infection could now be in the tip of the needle in the future. This could also boost the prevention campaign especially for those who commonly acquire it without knowing. 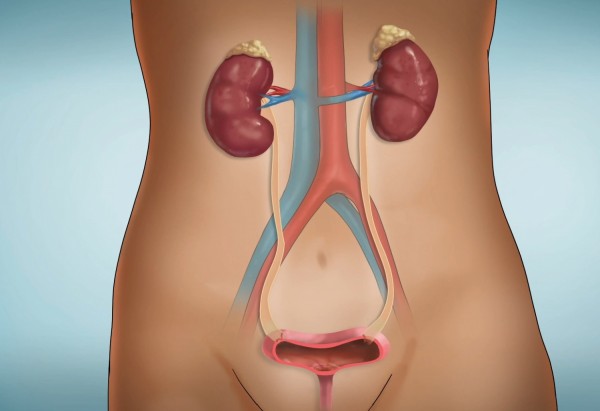 (Photo : OPENPediatrics via Screenshot from YouTube)
An expert from the Duke University is optimistic that the UTI vaccine will be available for humans in the coming years.

According to the American Urological Society, despite the number of Urinary Tract Infection or UTI in the United States, it is only second next to strep throat, a condition caused by Streptococcus bacteria.

UTI, just like the common flu could hit anyone regardless of their age and gender. In the case of UTI, girls and women are reportedly more prone to the infection. At the moment, there is no known prevention for the UTI--or a vaccine that could prevent an individual from acquiring the virus in the urinary tract.

While we are pleased with the idea of having a UTI vaccine, there is a high chance that we could see it in the next few years, according to an expert from Duke University, Soman Abraham. He is the one who took charge of the research that involves the development of a vaccine for UTIs.

In a report by ABC7 on Tuesday, May 18, Abraham stated that there is a serious problem that is present in a Urinary Tract infection. Although the repair of the bladder lining is a big help from the T cells when it comes to fighting an infection, the fact that they accumulate with the rest of the T cells could spell some effect. As a consequence, some of them just remain in their places. This is where a guaranteed scenario of reinfection could happen in an instant. Abraham added that more infections will likely appear after the other one.

"The bladder becomes more and more proficient at repair and less and less proficient at clearing the bacterial reservoirs hiding in the lining," Abraham said in a statement. Meanwhile, the bladder's capacity will yield an impending decrease in the cycle. This could be the underlying reason why you often go to the bathroom.

The study entitled "A highly polarized TH2 bladder response to infection promotes epithelial repair at the expense of preventing new infections" was published in Nature on Tuesday, May 18. Abraham, together with other nine co-authors stated that the UTI vaccine showed a potential effectivity when tested in mice. During the experiment, the vaccine is applied to the subject's bladder.

The researchers accomplished its aim to safeguard the rodent from the developing infection, and also to remove the bacteria that are living in the lining of the bladder. Although Abraham said that components of the UTI vaccine were already FDA-approved, they have yet to test it on humans for further evaluation.

The Duke University professor also expressed his positivity that the human trials will happen at the soonest possible time. He also sees that the vaccine will be distributed to the patients in the upcoming years.