Can You JailBreak Roku Devices in OS Version 9.4.0 4200? Here Are Some RootMyRoku Features For Rooting

Roku resurfaced this week with its controversial removal from the YouTube TV app which stemmed from Google's decision to cut it in its platform. The disagreement has grown and affected several users who used to do streaming-related activities in the software.

The good news this week is you can now jailbreak the Roku devices including the Roku TVs and set-top boxes. If you want to root your Roku hardware, you don't have to worry anymore as there are only some reminders that you should memorize for successful rooting.

Root Access for Roku Devices Is Available for Testing 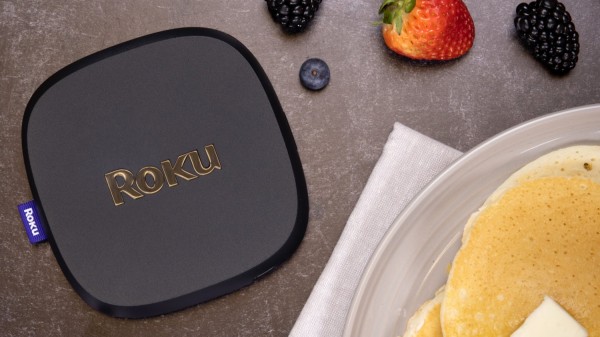 According to a report by Android Police, the root jailbreak for the Roku devices is now possible for those who run the operating system version 9.4.0 4200. Though at certain times you might encounter a problem in rooting it, but through this short hack, you can now manage your desired channels that are on your device, so there's nothing to fret about the lapses that happened previously.

The jailbreaking which is commonly heard as iOS jailbreaking for Apple devices is not only limited to the Cupertino products. The Android devices could now share the same root access at the moment through unlatching the bootloader.

Later, the user could make use of Magisk, a tool used for the boot image patching. This will do the rest of the tasks for your convenience if you have some doubt about jailbreaking. The common knowledge among us is Android does not welcome Roku devices so expect that the rooting will not be similar to the usual process.

Read Also: Roku Debuts 'Cypher' Series for Free, First Exclusive Show to Air in the Platform-Following Netflix and MORE; How to Watch

However, there is a new exploit in rooting which you can test in Roku devices. Engadget reported that said exploit called "RootMyRoku" will help you breeze along with the vulnerabilities that are present in the majority of Roku products including Roku TVs, as well as its set-top boxes.

For those Roku devices powered by the RukoOS v9.4.0 build 4200 up to the latest version, you can easily launch a jailbreak scheme, but remember that they should have a Wi-Fi chip from Realtek.

Presenting a root #jailbreak for most Roku TVs and some Roku set top boxes:https://t.co/ur8kdjrKuB

We've been working hard on this one, so I'm glad to finally be able to share it! A big thank you to ammar2 and popeax from the @Exploiteers Discord.#infosec

The following features of RootMyRoku should be checked before jailbreak rooting your Roku devices, as the Github page wrote.

Note: Users should jot down the last statement. They should also be aware that they could not install new channels, as well as the "Search" and "My Feed" features and other similar kinds. Yet, those channels that are not associated with Roku devices like HBO, Netflix, and YouTube will operate.

Rooting a Roku device will let you test a new exploit. To do this, just go to the GitHub project page that was mentioned earlier. However, those RokuOS 10 devices will not enable the exploit to work so you should first have a look at its software version if it is updated.

To check if the software version is up-to-date, click the System section on the settings. Tap the "About" option so you can see more information about your device's software version.

According to XDA, a spokesperson shared some details after the news outlet reached out to the company.

"As part of our continuous monitoring, the Roku security team identified and addressed vulnerabilities in the Roku OS - though these vulnerabilities did not expose customer data and we did not identify any malicious activity. We always want to do everything we can to maintain a secure environment for Roku, our partners, and our users, and we, therefore, mitigated the vulnerabilities and updated Roku OS 9.4 with no impact to the end-user experience," the Roku representative said.

At the moment, we are not yet sure if the RokuOS v9.4 can affect the functionality of RootMyRoku.

Related Article: Roku Sale on Amazon: Streambar, Ultra, Streaming Stick+ with As Much as $30 Off in the Retail Stores Now