Google I/O 2021 has revealed a lot of AI updates for the developers. Even though the majority of the announcement points toward Android upgrades, a new AI health tool can turn your smartphone into an instant dermatologist.

The company mentioned that the said app will help in identifying 288 skin conditions including problems in the patients' nails and hair by only using the images provided by the individuals.

Google's Dermatology Assistant Tool is a Go-To Dermatologist For Patients 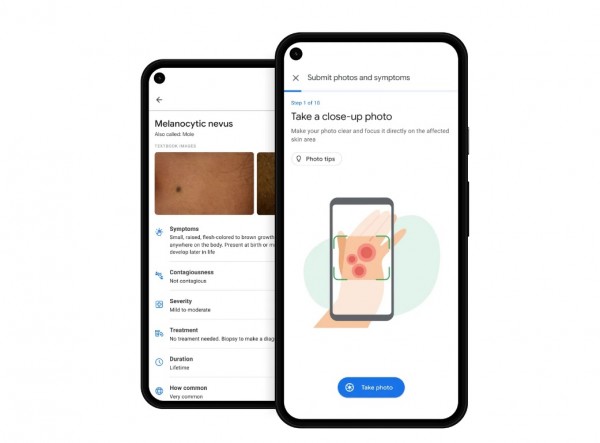 The recently held Google I/O 2021 Developer Conference on Tuesday, May 18 has revealed that a new AI tool focused on dermatology is expected to arrive later this 2021, according to a report by The Verge. Due to the outstanding remarks that the AI tool received in Europe, it was CE marked as a Class I medical equipment in the region. At the moment, it is not available in the United States.

According to one expert who studies cancer, Google's health tool will give a big boost for doctors when it comes to treating patients with skin problems.

What makes this standalone AI tool special is its ability to detect 288 kinds of skin problems. But, as the skin experts reminded, this does not mean that actual treatment and diagnosis can be replaced by the health app.

Before it made an appearance to the public, the creators said that it took them three years to make this app using 65,000 images as a dataset featuring the diagnosed conditions of the patients. Additionally, there are also millions of photos of healthy skin and those skin that have problems shown to the patients in varying colors.

To use the AI tool, the patient must first answer some questions online as a requirement to utilize the images. Besides skin conditions, Google has previously developed a similar tool to recognize tuberculosis and some types of cancers.

Google's Dermatology Assistant Tool Is Not a Substitute to Human Diagnosis

Despite its amazing detecting features, the AI health tool is still not proven to be an official replacement for the actual skin diagnosis that dermatologists do, BBC reported. Every year, the company has been generating nearly 10 billion searches about skin conditions.

Although it has been given a CE Mark by the European Union, it is not yet approved by the Food and Drug Administration (FDA) in the United States. However, its British counterpart made by Optellum which relies on machine learning has been given by an FDA approval for the lung cancer diagnosis.

According to the University of Southampton's Tim Underwood, the application of AI in the field of medicine has been an effective way to improve what the experts can offer to every person. Underwood added that while the AI intervention is helpful in healthcare improvement, it's still appropriate to consult the doctors regarding the patient's condition.

Related Article: Google I/O 2021 Summary: What We Got and We Didn't Get This Year