Google I/O 2021 Summary: What We Got and We Didn't Get This Year

Google I/O 2021 has kicked off on Tuesday, May 18. Despite previous reports saying that the annual event would be delayed due to the pandemic, it's high time that what recently happened was an outstanding report for the Android users. 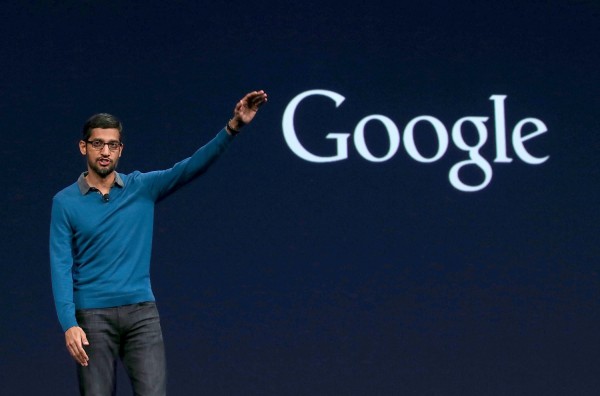 After its successful finish, here are the things that were discussed for the yearly conference. In addition, we will also talk about the products that were not included in the recent Google I/O Developer meeting in Mount View, California.

Android 12 Beta is Out

According to TechCrunch, Google I/O 2021 announced that Android 12 would be the next update that Android users would have to wait for. The focus for this upgrade revolves around "Material You," which features changes in UI. It also covers security features that accentuate "private computer core" using AI procedures.

Google I/O 2021 came out with a surprise in Smart Canvas which now had a video call feature so that sharing would be much easier now. There is no need for a laborious scrolling and finding of information-driven apps. All you have to do is to browse over your Google Drive and other related tools to collaborate with others when it comes to businesses.

Writing an AI script could sometimes stumble you into trouble, but it's normal for the developers. However, Google launches a technique that makes AI conversations more "conversational" than before.

For example, Google used the anthropomorphized paper airplane and Pluto only to find out the weird audio they produced.

The latest keynote brought an amazing advanced 3D video call setup called Project Starline which displays people's avatars in both systems. Although it is still undergoing development, its potential to be a useful tool in the future is already seen beforehand.

More smartwatches have been adding health and fitness features lately. Google is catching up with them as its latest Wear OS now has a Fitbit DNA feature together with Calm, Flo, and other third-party applications.

It's a matter of time before two tech giants have collaborated for the smartwatch exploration. Even though Apple is undeniably superior when it comes to wearables, the unified platform of Samsung and Google has a bright future for apps that are compatible with Wear OS and Tizen.

Besides Wear OS, Google and Samsung are also exploring foldable devices. At the moment, the two companies are thinking of some upgrades for the foldable Android phones.

The competition for the smart tv market has just begun for Google through its Android TV. The same market involves Amazon and Roku, which are both dominant in the position. For the Android TV support, developers could use some Google TV emulation and some magic from Firebase Test Lab.

Moreover, Google reported that your Android phone can now be used as your car key. Whenever you are near your vehicle, you can easily unlock it using the new method in the form of highly advanced commands.

In AI research, Vertex has been a big improvement for the machine-learning tools for developers. The AI development is guaranteed to be in good hands with this new development platform in the place.

Google I/O 2021 seems too much to handle for tech-savvy people as the latest TPUv4 comes into the market. The customized AI chips are said to have 4,096 pods for more smart computing tasks.

For Google Photos fans, this conference has exposed the uncanny part of the platform. There is an AI hallucination between the photos, which gives a horrifying presence of motions. What else could you ask for?

Meanwhile, Googlebot will serve as your savior when you tend to forget your password in Google sites like Chrome. Google also introduced a new shopping interface for easy search.

The up-to-date version of Google's Flutter UI tool kit was also unveiled during Google I/O 2021. There's a lot of things that you should look out for, including safety settings and workflow updates.

Firebase, a developer platform, also received numerous updates upon the announcement. The bonus part also accounts for the next version of the Android Studio named Arctic Fox.

In a report by CNET, some of the things that did not come in the annual developer conference are budget-friendly Pixel 5A, the Pixel Watch, Pixel Buds A Series, Google's own smartphone chip, new Nest Hub models, and Google Stadia upgrade to name a few.

This article is owned by Tech Times
Written by Joseph Henry