Fortnite Announces the NBA Crossover Event: EVERYTHING You Need to Know

Fortnite is no stranger to collaborations with big-name companies and celebrities. But now, it's probably nailed its biggest one yet.

GameRant reports that Fortnite has collaborated with the NBA to bring its players The Crossover, a special event where players of the massively popular battle royale game get a slew of NBA cosmetics and other in-game items.

The event features exciting NBA-themed content for Fortnite players on all platforms, with the biggest of which being 30 accurate NBA team uniforms, alongside one jersey that's more Fortnite-inspired. This puts the collaboration just in time for the start of the NBA Playoffs, which would allow fans to show support for their favorite teams.

And of course, nobody can forget the NBA-themed special Emotes, which features a Hook Shot Emote, among other things. There's also a Dribblin' traversal emote, which is perfect for showing off your handles.

What Sort Of Swag Can Players Expect?

Aside from these, there will also be Emote packs which contain the Hookshot Emote, among other things. ComicBook.com also reports on the Team Battles Event, which fits well with really avid fans.

Set to run until May 23 during the heat of the NBA Playoffs, the Team Battles Event is open for fans who want to partake in special in-game challenges. These "Challenge Tasks" will allow players to earn points for their team and help bring them atop the leaderboards. Whoever signed up for the team that ranks #1 in the Team Battles will win an in-game trophy, including 500 V-Bucks.

Specific NBA players are also taking center stage in the Fortnite x NBA event. Donovan Mitchell of the Utah Jazz and Trae Young of the Atlanta Hawks will be prominently featured in Player Lockers, as stated on the Epic Games blog. These lockers will contain even more player skins, back blings, weapons, and emotes.

Fortnite And Its Big-Name Collabs: A Pop Culture Phenomenon

As previously said, this is not a new thing that Fortnite does. The game has been doing collaborations with so many big brands throughout the years. Among the most recent was the Batman Zero Point event, which gave players an opportunity to play out their dreams of being the famed Caped Crusader.

This also isn't the first time that Fortnite and Epic Games worked with a sports league. The NFL was also featured with a handful of content, including an emote showcasing NFL star Justin Jefferson.

It's these collaborations that are basically making Epic Games' battle royale opus a forerunner in modern pop culture. And it's easy to see why: whenever Fortnite announces a collaboration, fans just absolutely gobble it up. Also, the fact that the game is free-to-play further adds to the fire. 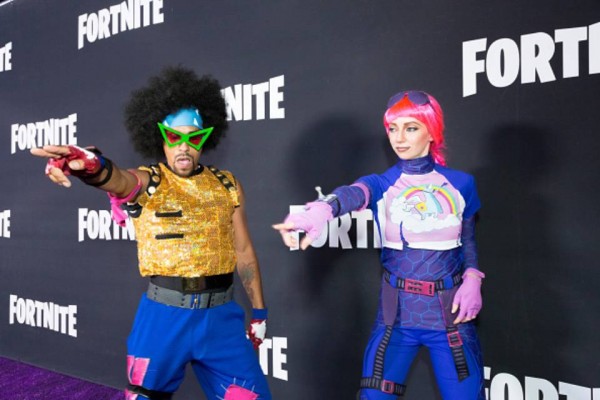 To enjoy almost every single pop culture reference (while earning some Pvp bragging rights in the process), you don't always have to spend some money on this game. Unless, of course, you do choose to partake in its microtransactions because every F2P game like Fortnite has to have some.

Enjoy the event and rep your team!

Related: 'Fortnite' Guide: How to 'Reboot a Friend' and Earn Rewards for Playing Together

'Fortnite' NFL: Justin Jefferson Gets Skin and 'Get Griddy' Emote in Battle Royale—When is it Available?