"Fortnite" is now debuting a new rewards system that would give players exclusive freebies and prizes for playing with an in-game friend who has not played the action shooter game for a long time. While most "returning players" are rewarded on their own by various games, Epic Games have now allowed the possibility of a two-way honor system for gamers. 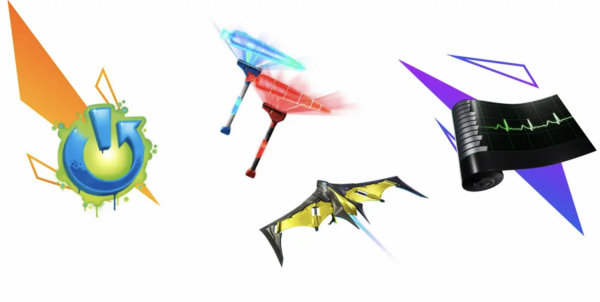 (Photo : Fortnite )
'Reboot a Friend' Rewards up for grabs in new Fortnite system.

Epic Games have a lot of offers for gamers in the recent arrival of "Fortnite's" Chapter 2 Season 6 that has taken the theme of "Zero Crisis," which is also known as the biggest crossover event in the popular game. The battle royale has maintained a steady stream of fans and gamers, especially during this pandemic which has seen a lot of massive crossovers.

The Zero Crisis has invited a lot of popular names in the gaming industry to crossover with "Fortnite," especially with the recent arrival of Aloy from "Horizon Zero Dawn" and Lara Croft from the "Tomb Raider" series. However, this is not all that "Fortnite" has to offer as different items are up for grabs with their recently launched multiplayer initiative.

Read Also: 'Fortnite's New Emote is Bruno Mars! Here's How to Get Your 'Leave the Door Open' Exclusive

Epic Games has recently announced that it would be rewarding gamers with exclusive items from the game's shop if they can "reboot" a friend and make them come back to the game. This initiative would boost the game's multiplayer matches, along with the return of different players that have not been able to play for more than 30 days.

Have some friends who haven't played in a while? Well then reboot them!

With Reboot A Friend get some friends together, play some matches and earn in-game rewards.

How to Reboot a Friend?

According to "Fortnite," the "Reboot a Friend" initiative would be available nine days from now, which is until next Sunday, April 26 to register. Users would need to use a web browser for this experience to continue, and log in via an Epic Games account that is connected to one's "Fortnite" with a list of intended friends to invite.

The landing page would show all friends that are eligible for the promotion and rewards, where users can choose and click on who to invite back. Additionally, players can choose up to three (3) returning friends for this venture, to earn more points to accumulate for a prize.

Amidst this, Epic Games are still under heavy fire from a lawsuit that has ensued between them and Apple, particularly after the company has changed the payment system for "Fortnite" via the iOS application.