Apple Watch's AssistiveTouch is set to make things easier for users. Tapping the small screen of the Apple Watch with precision has a certain level of fundamental difficulty, but for some users with disabilities, it is almost impossible.

The tech giant has remedied this issue with a new mode called AssistiveTouch that can help detect hand gestures to control a cursor and navigate that way. 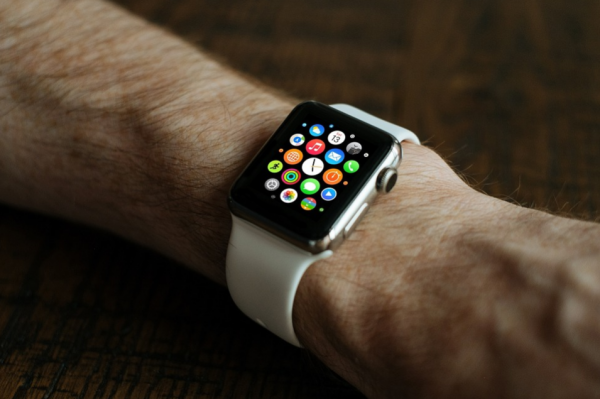 The feature was announced as part of a collection of accessibility-focused additions across its products, but AssistiveTouch seems like the one that is most likely to make a splash across the company's user base.

According to 9to5Mac, it relies on the built-in gyroscope and accelerometer, as well as data from the heart rate sensor, to deduce the position of the wrist and hand.

Do not expect it to tell a peace sign from a metal sign yet, but for now the feature detects pinch. However, it requires touching the index finger to the thumb, and it detects clench, which requires making a loose fist, and that could act as the basic Next and Confirm actions.

Incoming calls, for example, can be quickly accepted with a clench.

Also Read: Apple's WatchOS 7 Will Track Your Sleep and Monitor Your Hand-Washing

The most impressive thing about the AssistiveTouch feature is the motion pointer. You can activate it either by selecting it in the AssistiveTouch menu, or by shaking your wrist vigorously. It then detects the position of your hand as you move it around, allowing you to swipe by letting the cursor linger at the edge of the screen, or interact with things using a pinch or clench.

The AssistiveTouch feature could be extremely helpful for anyone who only has the one hand available for interacting with the watch, as noted by MacRumors. And even for those who do not strictly need it, the ability to keep one hand on the exercise machine, cane or whatever else while controlling the smartwatch is a very attractive possibility.

AssistiveTouch feature is only one of many accessibility updates that Apple shared in its news release.

The other advances for Apple's platforms include SignTime, which is an ASL interpreter video call for Apple Store visits and Apple Store support. The company also announced its support for new hearing aids.

Furthermore, there is now an improved VoiceOver-based exploration of images, a built-in background noise generation, and replacement of certain buttons with non-verbal mouth noises, which is intended for users who have limited speech and mobility.

Apple's Memoji is now customizable for those with oxygen tubes, cochlear implants, and soft helmets. The featured media in the App Store, Apple TV, Books and Maps apps are geared toward those with disabilities. It is also clustered around Global Accessibility Awareness Day, which is celebrated in May 20.

Aside from the AssistiveTouch feature that will be added to Apple Watch, Apple is also making changes to its upcoming Apple Watch 7.

Forbes reported that Apple will have a different design for Apple Watch 7, it will have smaller bezels and it will have buttons on the side. The new watch is expected to be thinner than the previous ones.