"The Falconeer" got some attention in the early days of Xbox Series X.

The video game was a launch title for the Xbox Series X, though it also appeared on the PC at the same time, but now its publisher, Wired Productions, has confirmed the release date for the video game on PS4, PS5, and Nintendo Switch. 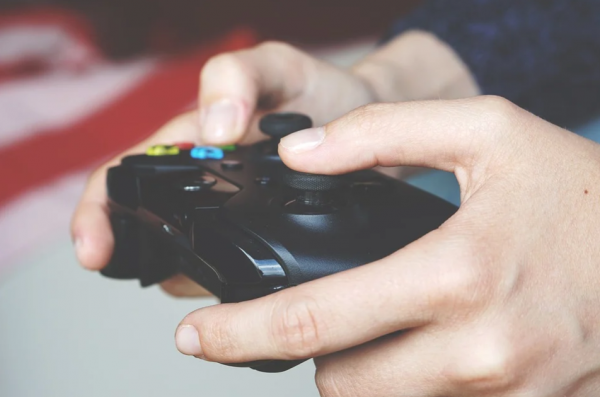 "The Falconeer" will be launching on those three platforms on August 25. The version that releases on PS4, PS5, and Switch is called "The Falconeer: Warrior Edition," which includes a massive number of updates, and every DLC pack that has been released for the base game since its debut on Xbox Series X and PC.

"The Falconeer: Warrior Edition" will be launching alongside a new DLC expansion called "The Edge of the World."

The Details are thin, but Wired Productions and developer Thomas Sala did say that the expansion will add new side quests, map locations, a self-contained story, and a myriad of new items to the game.

"The Edge of the World" will be included in "The Falconeer: Warrior Edition," while those on PC and Xbox will be able to buy the DLC separately, according to SlashGear.

It seems like "The Falconeer" will run at 60 frames per second on PS4, PS5, and Nintendo Switch, but PS5 players will be able to crank the resolution up to 4K too.

The haptic feedback of DualSense will also be available in the PS5 version, and those who buy the game on PlayStation will get the game for both PS4 and PS5 too.

"The Falconeer" is up for pre-order digitally from both the Switch eShop and the PlayStation Store for $29.99 beginning today, as per Push Square.

"The Falconeer: Warrior Edition" will also be getting a retail release, a relative rarity among indie games these days. While the PS4 and PS5 physical edition will cost the same amount as digital copies, there is a bit of a price hike on Switch as retail copies will cost around $34.99.

What is 'The Falconeer' About?

"The Falconeer" is a 2020 aerial combat video game developed by Thomas Sala and published by Wired Productions. It was released on November 10 for Windows, Xbox One, and as a launch title for Xbox Series X and Series S.

It got average reviews upon its release.

The game is set in pirate-fantasy backdrop named the Great Ursee. The video game is a third-person arcade flight video game in which the player assumes control of a pilot commandeering a massive war plane.

In the game, the player needs to shoot down rival enemies while dodging hostile attacks. Players need to manage the war plane's stamina while performing various moves and maneuvers.

In addition to completing the narrative campaigns, the player can freely explore the open world and finish different side missions, like completing bounties and delivering items.

As players progress in the game, they can purchase new weapons. The player can also get mutagens that can be used to improve the plane's basic attributes like agility and health. In different chapters, the player will control pilots from different fractions and command a new war plane.

Related Article: Nintendo Switch to Get MORE SNES and NES Games; Does This Point to a Retro Gaming Boom?