Virgin Galactic will soon launch SpaceShipTwo on Saturday, May 22. It will mark as the third space expedition of the company in space. Besides payloads, a crew of explorers will ride aboard the VSS Unity spaceplane.

Outside the field of space science, the company's shares surprisingly increased to 25% after it faced a 27% decline on Wednesday, May 19. 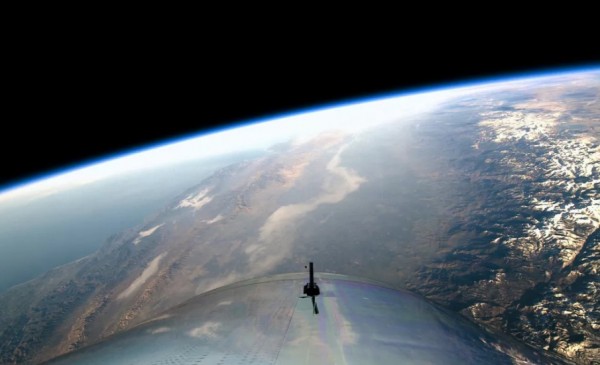 According to the recent report of Space, Virgin Galactic first underwent a flight test on its Unity in December 2018. During that time, it was carrying six passengers and two pilots on the board. In February 2019, the space tourism agency repeated the exploration.

The two previous missions have begun in the Southeastern part of California, specifically in the Mojave Air and Space Port where the sub-orbital plane lifted off.

What's ahead for the weekend journey will be the first spaceflight of the company which will start from the Land of Enchantment, in the company's commercial hub in Next Mexico. Particularly, the mission will be carried over from Spaceport America and this is the first time that it will come from the said origin point--the third spaceflight overall.

On Dec. 12, 2020, VMS Eve, a carrier aircraft, unlatched the Unity at 50,000 feet (altitude). However, the plan did not go well for Virgin Galactic as the rocket motor malfunction. The bright side of this disaster was that both pilots Dave Mackay and C.J. Sturckow were safe upon Unity's landing on the runway of the spaceport.

The investigation followed up, and Virgin Galactic found out that the problem stemmed from the interference of an electromagnetic component in the spacecraft which rebooted the computer attached to the Unity by the time the ignition started.

Soon, the company concluded that it will guarantee a series of precautionary measures in its next launches. Ahead of the scheduled trip on weekend, Virgin Galactic will conduct a test flight first of SpaceShipTwo to ensure if all parts are freely functional.

"The flight will also incorporate all original test objectives, including assessment of the upgraded horizontal stabilizers and flight controls during the boost phase of the flight, evaluating elements of the customer cabin and testing the live stream capability from the spaceship to the ground," the representatives from Virgin Galactic said in a statement, Business Wire reported on Thursday, May 20.

According to CNBC, the stock of the Virgin Galactic was believed to be affected by the postponement of the test flight since May. However, despite several issues that happened over the past months, its shares went as high as 25%. At the end of the day, it recorded a 14.7% increase which accounts for a $19.81 change.

On Wednesday, May 19, the stock declined to 27% after its surprise growth in February. The past two months saw a timely rise in stocks of Virgin Galactic.

The company shares also plunged after Jeff Bezos disclosed his plans for Blue Origin in the next two months.