Facebook announced that it eliminated 14 million posts that spread misinformation about COVID-19. The said number is from March 2020 until December 2020 alone.

Facebook has been under the spotlight of critics as misinformation dominates the platform, so the social media giant is ramping up its efforts to avoid the proliferation of false information and disinformation. 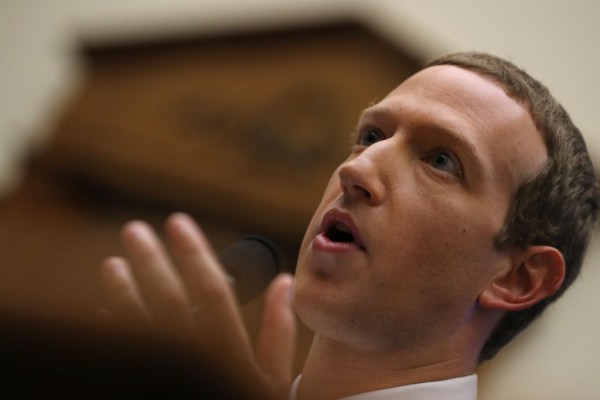 (Photo : by Chip Somodevilla/Getty Images)
WASHINGTON, DC - OCTOBER 23: Facebook co-founder and CEO Mark Zuckerberg testifies before the House Financial Services Committee in the Rayburn House Office Building on Capitol Hill October 23, 2019 in Washington, DC. Zuckerberg testified about Facebook's proposed cryptocurrency Libra, how his company will handle false and misleading information by political leaders during the 2020 campaign and how it handles its users’ data and privacy.

The social network has clarified in its announcement that the company "uses disinformation to refer to behaviour that is inauthentic (ie. people misrepresenting themselves in ways that are false)." Whereas, the term misinformation pertains to false content.

According to The Guardian, in February, Facebook and other social media companies have signed a code with the Australian government. The industry code is meant to fight both disinformation and misinformation from dominating the online world. And in turn, members of it are compelled to create yearly reports about their implementation.

Facebook published its first report in compliance with the mandate. It wrote in its blog on Friday how many posts has the social media giant removed since then. The company said that it removed 14 million pieces of COVID-19 related posts globally as it included fake preventive measures and even exaggerated cure against the virus.

Furthermore, Facebook said that such content may lead to harm. In addition, it has removed, in Australia alone, 110,000 misinformation posts.

In April 2021, the number of removed posts has increased by 4 million, Bloomberg reported. It means that Facebook took down millions of COVID-19 misinformation posts from January to April only. The said figure showed as the company updated the public about its content removal and anti-account efforts.

To also combat misinformation, the social giant is also exerting efforts in informing its users about COVID-19.

The company said, in the same blog post, that they have set up a COVID-19 Information Centre. It has shared the necessary information with its users throughout the world. In fact, around 2 billion people globally have at least once visited the said center.

Other Efforts to Combat Misinformation

It was reported by Tech Times that Facebook will change users' profiles if they resort to spreading false information. The company will do it even without consent from the owner.

It is another move by the company to combat the presence of misinformation in its platform. Users, to safeguard their profiles, will then have to follow the rules and regulations of the social network.