Twitch Streamer 'Alinity' Files Police Report on Fans Showing Up at Her House, Says It is 'Harassment'

A Twitch Streamer, "Alinity," has recently called out "creepy" stranger fans who randomly showed up at her doorstep. She was shaken up by the incident, which was later reported to the police. Alinity said that this is considered harassment and is unacceptable in any way, as she and other streamers are still entitled to privacy and safety despite being public figures. 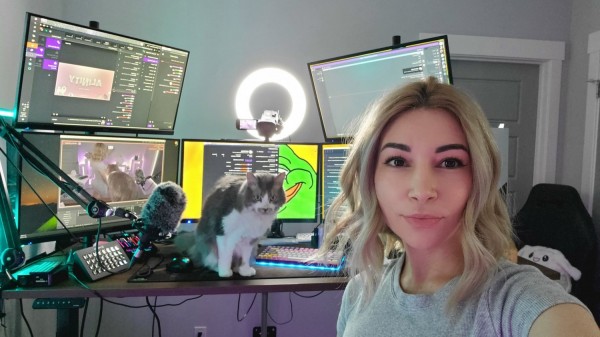 Being a person in the limelight is hard, as actors and actresses gather a massive amount of fandom, which sometimes turns into more than admiring one's talent; it turns into obsession. There are a lot of cases in Hollywood and artists worldwide involving obsessed fans who are "creepy" and do unimaginable things such as stalking and harassment.

The world has evolved from only having artists or stars from the TV, Film, Theater, Radio, and print media, which now has rising stars from YouTube, Twitch, TikTok, and other content sharing or streaming websites. Being a streamer has now been letting people earn and gain the "popularity" they so desire, especially during this time of digital convergence.

Streamers are people too, and they can feel scared or creeped out by random strangers appearing on their doorsteps and not stating the reason for their presence in a place considered to be a safe environment. People feel unsafe whenever there are random individuals following them, and more so if they appear on your doorstep, despite the world being on lockdown.

The good thing is that Natalia "Alinity" Mogollon has taken this issue with finesse and conviction, affirming the rights of content creators worldwide, as they are people who have a right to privacy as well. In the streamer's recent tweet, she explained that invading one's private space or appearing on a content creator's home is a form of "harassment."

I'm fine, I was pretty shaken up. It was just a bunch of bored children that thought it would be funny?

Alinity expressed her dismay and ranted on social media, saying that she would not tolerate this and has brought in the police regarding the matter.

Stalking is Unacceptable Despite Being Online Personalities

According to Be On Air's report, online streaming platforms have grown more popular nowadays, especially as it brings in-demand shows and content right at people's hands and discretion. No need to wait for a certain film or artist to show up, making the streaming industry one of the fastest-growing platforms in the world.

A content creator still has rights, despite being online and public personalities as they have showcased a lot of their life stories, lifestyles, and more online. Alinity's case is only one of many cases of harassment and stalking in the world, and this stigma is something the Twitch streamer wants to be changed.