The Conti ransomware gang has targeted another ransom-prone system. The notorious group of hackers and cybercrime attackers have tried to access at least 16 healthcare systems in the US along with the first responder organizations.

Now, it penetrated Ireland's healthcare system. Overall, more than 400 companies globally have already encountered the ransomware group. 290 of them came from the US, Dodo Finance reported on Monday, May 24.

According to the Federal Bureau of Investigation (FBI), the activity of the infamous network crashers has been detected on Thursday, May 20. The law enforcement agency has immediately warned the vulnerable networks for a possible comeback of the gang--and now in the Irish ground.

The US intelligence and security service also aimed to help the security experts to bar the Conti crew from accessing the networks of the organizations and healthcare.

How can you protect yourself from the Conti ransomware threat? 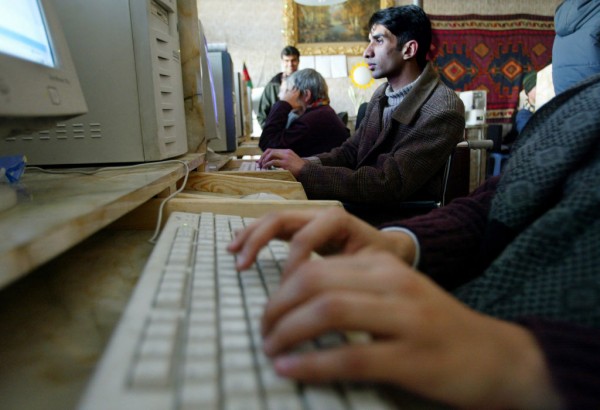 (Photo : Paula Bronstein/Getty Images)
KABUL, AFGHANISTAN -JANUARY 20: An Afghan woman uses a computer at the Park Residence Internet Cafe on January 20, 2003 in Kabul, Afghanistan. The Internet cafe opened 40 days ago and already is doing a booming business with foreigners and Afghans alike. It claims to be the first privately owned Internet cafe in Afghanistan.

According to Gizmodo's report on Sunday, May 23, what recently happened to Ireland was not an isolated case of a ransomware attack.

Earlier, the FBI warned that the said group behind the Irish healthcare system hi-jacking is also the same group that had launched a cyber breach to a dozen of the US-based healthcare networks last week. The 911 and police dispatch centers are also included as their targets.

The agency said that the Conti ransomware was the one responsible for this. Moreover, what the crew does is expose the healthcare information of the system and later encrypt them. The worst part about their actions is the ransom scheme, where the victims will be forced to pay them or else their data will be leaked, sold, or posted online.

Despite the warning, the FBI was not able to recognize the victims involved and also if they have released the money to the intruders.

The Conti ransomware gang is speculated to be managed by the Wizard Spider cybercrime gang based in Russia. Most probably, the Ryuk ransomware is believed to be connected to this group. The dangerous hackers are said to utilize the malware in exposing the vulnerability of the channels.

The modus starts with the discovery of the victim's true identity. The group will later negotiate with the person about their data--in short, a ransom attack. The problem could be worse than expected since many healthcare networks have been keeping the private data of the patients.

The FBI said that the Conti group has been engaging in blatant participation-- which covers a discussion that could hit as high as $25 million.

Using the Voice Over Internet Protocol (VOIP) services, the group could now infiltrate the exposed data. FBI said that they are encouraging the victims to share their information with them so that they could detect the individuals under the Conti ransomware fiasco.

Victims are urged to share information on Conti ransomware attacks that hit their networks to help the FBI prevent future attacks and determine the gang members' identities.

How to Remove the Conti Ransomware?

According to a guide written by PC Risk, you should know the following information so you won't encounter this harmful ransom malware in your system.

Related Article: Ransomware Healthcare Faces the Wrath of Ransomware Hackers: is it Worse Than the Pandemic?