"League of Legends" Patch 11.11 is expected to bring some new exciting in-game content. These new changes are expected to arrive this coming May 26. 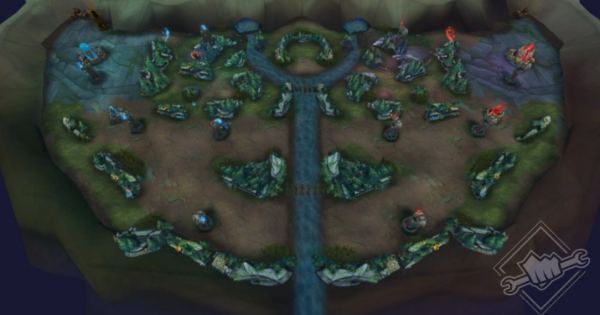 (Photo : Screenshot from Twitter post of @PlayVIG)
'League of Legends' to Bring Back Nexus Blitz: Here are Other Updates in the New Patch 11.11

Looking to play some Nexus Blitz in League of Legends?

PlayVIG now supports this game mode and can be played with the Win 1 game and Win 10 games quests!#LeagueOfLegends #IntoTheNexus #PlayVIG pic.twitter.com/dC8vOSrJZI

One of the most-awaited updates that Patch 11.11 brings is the return of the popular Nexus Blitz. This mode is different from other "League of Legends" special modes since it offers various events during a match.

It even has the event where players need to kill each other as the safe zone shrinks. This means that there could only be one winner during this phase.

On the other hand, each event in the popular Nexus Blitz happens every 3:00 to 3:30 minutes. Each match may have two to three average events. When your team wins a phase, the specific player that won will have a special reward that will give them a great advantage over the enemy heroes.

Aside from the Nexus Blitz, "League of Legends" Patch 11.11 will also release some champion balances and other updates.

According to DBLTAP's latest report, Riot Games confirmed that the new Patch 11.11 will level up Singe's third skill (Fling-E). This means that Singe's third ability will have a shorter cool down, allowing him to juke enemies and target the squishy heroes.

(Photo : Screenshot from Twitter post of @briirouge)
'League of Legends' to Bring Back Nexus Blitz: Here are Other Updates in the New Patch 11.11

Congratulations 💙🎶💎 Hope to hear more from all five of them again, just use Seraphine carefully and give her and Sona another chance in the music universe pic.twitter.com/bngw2ME0ES

Aside from Singe, Seraphine's second skill or Surround Sound will also become more powerful once "League of Legends" Patch 11.11 arrives. The game developer said that she will have an increased shield of 75-225, which is a great improvement from Surround Sound's previous 75-150 stat.

Moreover, Vigilant Wardstone, one of the support items in the Summoner's Rift, will receive the most-awaited automatic upgrade feature. This means that players no longer need to wait for it to become a complete support item.

All they need to do is complete the build and Vigilant Wardstone will have its completion once you reach level 13.

Since Nexus Blitz will soon arrive in the Summoner's Rift once again, players will start to look for the best heroes they can use in the mode. Ranked Boost provided the best champs for various roles.

To give you more idea, here are the best heroes you can use. You can also see their win rates in Nexus Blitz.

Although these heroes have a high win rate, it will still depend on the enemy team's hero composition since these champs still have their own counters.

For more news updates about "League of Legends" and its upcoming patch notes, always keep your tabs open here at TechTimes.

Related Article: 'LoL: Wild Rift' to Have Better and More Fair ARAM Mode: Most OP Champs to Use