Bose is the latest high-profile victim of a ransomware attack. The hackers accessed the company employees' personal information. 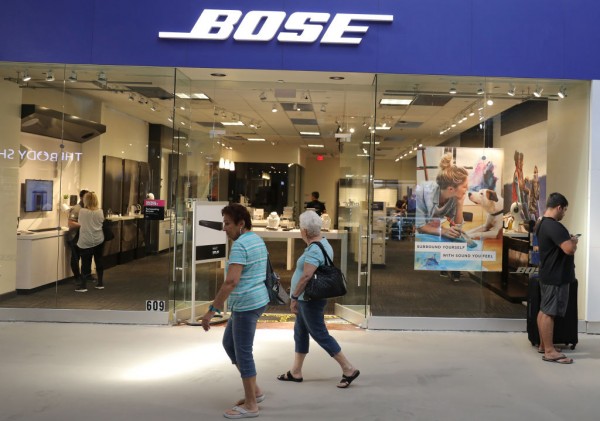 (Photo : by Joe Raedle/Getty Images)
SUNRISE, FLORIDA - JANUARY 16: A Bose storefront is seen as the company announced plans to close 119 retail stores worldwide on January 16, 2020 in Sunrise, Florida. The stores will be closing across North America, Europe, Japan and Australia as the company cites the closings on customers shifting to purchasing Bose products online.

The Colonial Pipeline attack has withered the gas supply in some Eastern U.S. locations for a few days. The D.C. Police incident, on the other hand, has exposed overly sensitive data of their officers.

Now, Bose admitted to also be attacked by a ransomware group, the company confirmed to BleepingComputer. Despite the security breach, the audio company said that they did not succumb to the request of the attackers for a ransom.

"We recovered and secured our systems quickly with the support of third-party cybersecurity experts." Joanne Berthiaume, Bose Media Relations Director said to the media outlet.

The company first knew about the attack on March 7, but the attack occurred on April 29, Engadget reported. However, it was only admitted to the public by Bose on May 24.

Bose also affirmed that the attack did not affect their operations. In addition, the company also disclosed that only a few employees were affected by the cyberattack. Nevertheless, it did not disclose exact numbers.

In response to the said attack, Bose immediately notified affected employees. The attackers were able to access spreadsheets administered by the human resources. And, within the sheets are data from both present and former employees of the company.

Bleeping Computer also said in the same report that the exposed pieces of information are the employees' names, compensation information, Social Security Numbers, and other employment-related data.

Moreover, Bose noted that the hackers have accessed "a limited set of folders." However, the company has not confirmed if there were stolen files.

Until now, the company, is still looking for the personal information of its employees on the Dark Web through the help of experts it has hired. And, as of writing, Bose has not found any signs of it yet.

In response, Bose vows to enhance its malware protection in its system. Also, the company changed all passwords and access keys for its accounts.

The audio company resourced experts to restore the attacked systems, including forensic experts to figure out the extent of the attack.