China Fast Reactor 600 to be Launched in 2023, 2026 Draws International Attention

China Fast Reactor 600 are two reactors in the making that will be used in 2023 and 2026. The so-called nuclear reactors, CFR-600 (China Fast Reactor 600) will be occupying the Changbiao island. However, the future source of energy has sparked a controversy among international audiences, making them worry about the situation.

What is China Fast Reactor 600? 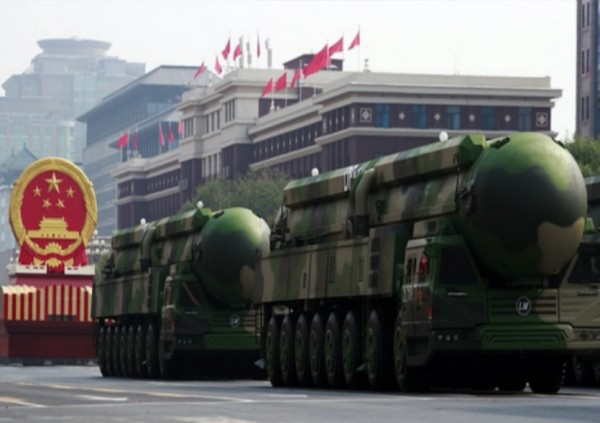 (Photo : NPEC via screenshot)
China is now building two fast reactors which are scheduled to operate in 2023 and 2026.

According to Al Jazeera, the potential reactors that China would erect in the upcoming years are under the "breeder" type of reactor. This means that these plants will have more fuel generation than their actual usage. Scientists all over the world said that it would pose harm to humanity, since nuclear plants are known to be built to produce nuclear weapons. China seems to be preparing for the development of its tools through plutonium-producing reactors.

Note that the United States, Germany, and the United Kingdom were using breeder reactors. Now, these countries have diverted their attention to avoiding the nuclear reactor program for this type.

According to Bloomberg, the diplomat of China has visited Russia for "strategic talks." The plans for the project building of nuclear reactors in China were tackled during the discussion. What China has in its mind is not up for us anymore, but we could assume that it is now strengthening its nuclear warfare equipment.

Read Also: China's New Stealth Bomber Can Strike a Target Thousands of Kilometers Away, But It Is Still Under Development

However, China is headstrong that its CFR-600 will be leading the charge in the next few years. Moreover, the reactor is cooled by sodium instead of the usual water as the cooling agent. Since the liquid sodium provides more temperature stability and less interactivity than the traditional content.

The mixed oxide (MOX), a uranium-plutonium-made fuel, is also inside the CFR-600. The design of the reactors is made possible through the China Experimental Fast Reactor (CEFR). The project commenced in 2003, and China will now resume the building of the reactors carrying 600 MWe along with 1,500 MWt of energy.

What Made the Experts Worry Over China's Nuclear Reactors?

According to Popular Mechanics' report on Tuesday, May 25, the presence of tons of uranium has left the scientists worried, in addition to the colossal amount of money spent on the uranium fuel.

From the new Nonproliferation Policy Education Center (NPEC) paper, the nuclear reactors are equivalent to China's 1,270 warheads that could be made by 2030. The fact that this thing exists to surprise us is a thrilling reality that could whip a whole region in one drop of a missile. As a result, two representatives from NPEC issued a report to the Chinese government about the possible impact of these nuclear reactors.