New Nintendo Switch Pro Listing Pops Up on Amazon for a While — Is It the Long-Awaited Update?

There is yet another sign that the new Nintendo Switch Pro is nearing an actual launch as Amazon Mexico had a listing of the long-rumored console for a short while on May 28. 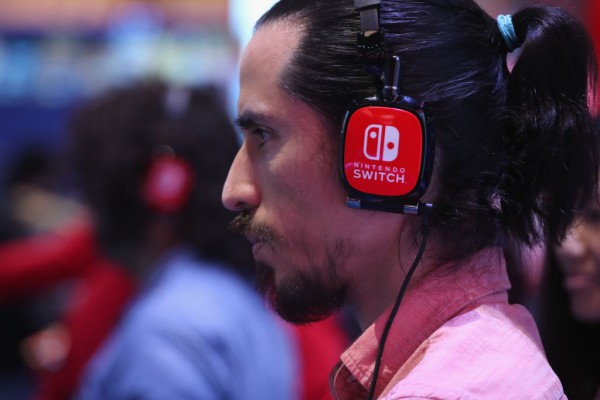 Just yesterday, May 27, Bloomberg first reported that the release of the Nintendo Switch Pro is from September to October 2021. The announcement of the new console, on the other hand, will allegedly happen days before the E3 Conference in June , or during the conference itself.

With that, fans of the four-year-old gaming device are excited to see the actual update to it. It has been a while since the Nintendo Swtich received a long-awaited upgrade. Thus, listing like this gives hope to the console's users.

Following the hint of a release date, a retailer on Amazon Mexico may have accidentally published the listing for the said Switch upgrade.

It was first shared on Twitter by @Alphabeat_g. They published a tweet with the screenshot of the listing that said, "I just find this on Amazon Mexico." ComicBook, in its report, confirmed the listing but wrote that was listed as "not available."

The said listing did not bear any details aside from the name of the said device. There were no photos or descriptions of the Switch Pro, a mere placeholder for a supposed upcoming product.

WCCFTech said that the listing has been taken down shortly after it was shared on Twitter. However, the said move could increase the veracity of the rumored console. It may not be a bad prank after all, as it was taken out in a flash.

If indeed the next Switch is coming out as early as September, there are some leaks and rumors to expect as it comes to an official launch.

Comicbook suggested in another report that the name of the console is contrary to what the listing says. Instead of "New Nintendo Switch Pro," it could likely also be "Super Nintendo Switch." But it may be the former as the company has had the same pattern in naming its gaming devices in the past. Just, for instance, the New Nintendo 3DS.

More precisely, the Switch upgrade is expected to flaunt a 7-inch OLED display - a massive upgrade from the LCDs of the past consoles. Aside from this, the new console could also output a 4K display on TVs.

Moreover, the said device is also anticipated to be powered by an Nvidia with DLSS technology - which could help it perform better than its predecessors.

However, fans should not take the listing as a confirmation that the newest console of Nintendo. At least not until the company officially announces the device. It's better not to be disappointed.

Related Article: Nintendo Reveals That 20% of Switch Units Sold Last Year Were to Homes Which ALREADY Had One