The long-rumored Nintendo Switch Pro could be released as early as September 2021. The official announcement of the OLED display and 4K Output to TV console upgrade could be made before the E3 conference, which is happening on June 12. 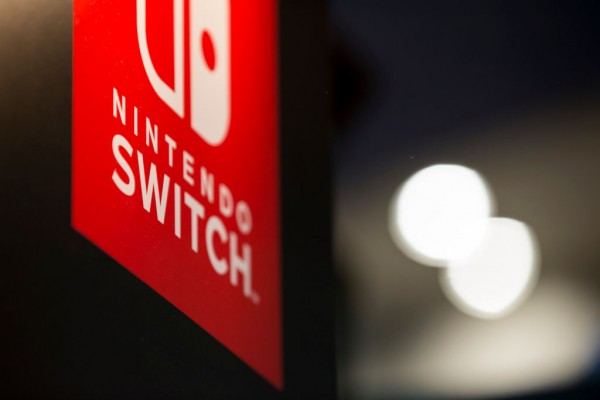 (Photo : by Tomohiro Ohsumi/Getty Images)
CHIBA, JAPAN - SEPTEMBER 21: The logo of Nintendo Co.'s Switch video game console is displayed in the Capcom Co. booth during the Tokyo Game Show 2017 at Makuhari Messe on September 21, 2017 in Chiba, Japan. The annual game show, which features games from 345 exhibitors for various platforms from game consoles to mobile phones, takes place September 21-24 and will feature eSports.

Reports of the next Nintendo Switch revealing soon are pilling up. And now, Bloomberg has it that the four-year-old gaming console will have a newer version, perhaps around September or October.

In addition, the new version will be priced higher than the previous $299 price of the original. Also, said launch will be side-by-side the Switch Lite that sells lower at the tune of $199. The mentioned E3 conference will allow game developers to try on their games at the event attended virtually by fans across the world, as the ongoing pandemic makes it impossible to gather people together.

Nintendo Switch Pro: What To Expect?

It will be the first time that the general public will see how a Switch powered with an Nvidia with DLSS tech performs. Fans also expect to see how the 4K output to the TV will look like--at least from afar.

The rumor of a 4K Display was first hinted on January 8. However, further reports only confirm an output to TV that could display 4K.

It is also exciting to see the available games in Nintendo to be played outside an LCD-equipped console. The supposed Nintendo Switch Pro is expected to flaunt a 7-inch OLED display, care of Samsung, The Verge reported. A significant upgrade from the LCD that the former version carries.

Read Also:  Nintendo Switch Sales Go Past 84 Million, But Are We Still Getting A Pro Model Soon, Though?

All of this, fingers crossed, is reportedly coming in a few months. It will be the case if prolonged delays by components shortage do not come in the way.

In July, the production is slated to begin, as per Bloomberg's exclusive report from an unnamed source close to the company. But the shortage of supply components is not backing up anytime soon.

However, the suppliers of Nintendo are on a positive note that they could confidently fulfill the orders, despite the threat of an existing chip shortage.

Furthermore, the unnamed source said that Switch parts, which competing consoles are not using, should remain stable. However, the supply is still not guaranteed.

Related Article: Nintendo is Promising a Lot of New Games for the Fiscal Year; Maybe BOTW 2 Will Come Early?