NASA and ESA's James Webb Space telescope will not be released on Oct.31 of this year, after the European Space Agency (ESA) and the National Aeronautics and Space Administration (NASA) said that it would face possible delays following the issues that the rocket has faced. 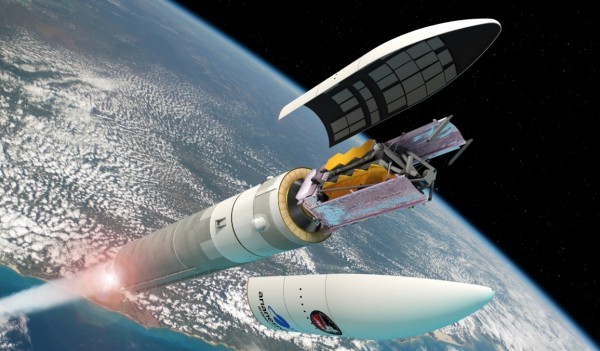 In an earlier report of Ars Technica, the telescope's director for launch services, Beatriz Romero said that there are three specific issues that would explain why the James Webb Space telescope's release date would be postponed to 2021.

In particular, the first issue involves the telescope's shipment. The team would arrange the transportation of it starting from Houston, Texas in Johnson Space Center up to French Guiana where it would be launched. However, the duration seems to take a longer time than what the company expected.

Moreover, the satellite would be assigned to carry the telescope along its 3,200-mile journey in the sea. However, the problem is the telescope has not yet been kept in a secured shipping container which should have happened a long time ago before its launch date.

The second problem is the issue about the fairing of the Arianespace's workhorse Arian 5 rocket. The spacecraft would be the one responsible for delivering the James Webb Space Telescope in space. However, the team found out that there was an underlying drawback at the top section of the rocket which carries the payloads.

The engineers ran a test for the problem's diagnosis and fix only to find out that two of Arian 5 launches would still need to undergo a series of trials before the telescope's release period.

The third and the last issue is the obviously growing scare of the coronavirus pandemic. Since the French Guiana spaceport has been ravaged by the COVID-19, the operations there could be affected as well.

The Possible Next Release Date of James Webb Space Telescope

NASA-ESA's space telescope would take a short time for its potential launch date. According to Digital Trends, we could hopefully see its next take-off somewhere in November or December of this year. By the end of summer or fall, the team eyes that they would settle the upcoming release of the space science observatory.

As a successor of the Hubble Space Telescope, the James Webb Space Telescope could do a lot of tasks including searching the light coming from the ancient galaxies, conducting studies on "potentially habitable worlds," and collecting the necessary information to better comprehend what lies beyond the genesis of the vast space and everything around it.

Moreover, the telescope contains 18 segments which are all hexagonal. It also features a golden mirror with a diameter of 6.5 meters. Most impressively, the sunshield of its mirror resembles the size of a regular tennis court.

Additionally, all of its components, despite their enormous sizes, could still fit in the fairing of the rocket since they would be folded along their space journey. After they landed on the designated spot, they would revert to their original size.

Besides NASA and ESA, the Candian Space Agency (CSA) also helped in the development of the James Webb Space Telescope. It was in 2007 when it was assigned for its space travel but numerous problems have arisen resulting in several delays.