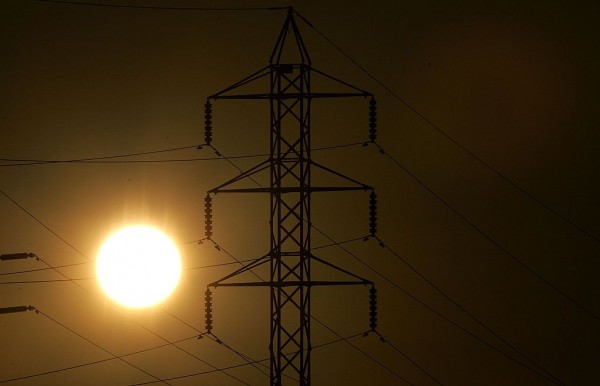 (Photo : by Justin Sullivan/Getty Images)
SAN RAFAEL, CA - JULY 24: Power towers are seen as the sun sets July 24, 2006 in San Rafael, California. The California Independent System Operator declared a stage two power alert for all of California today after available power had fallen to below five percent as high temperatures scorched the state for eight days straight prompting Californians to use a record 50,270 megawatts of power. Temperatures are expected to cool slightly over the next few days but strain on the power grid will continue.

According to Dracula, this evolutionary technology answers the problem that the modern world is facing: the influx of dead batteries.

The United Nations expects at least 52.2 million metric tons of e-waste by the end of 2021, and a huge chunk will come from battery waste, as per TechCrunch.

The company added that batteries are not flexible enough for most industrial designs of the new devices. Batteries, in some instances, are too bulky that it hinders the deployment of a device.

"LAYER is efficient to answer these problematics by securing a power source for Internet of Things," Dracula said via Solar Impulse.

The inkjet-printed solar cells are also known as LAYER or Light As Your Energetic Response. More precisely, it utilizes organic photovoltaic technology to generate power from light.

It could produce engery indoors even with artificial ambient light alone. However, it is for low-consumption devices only — not meant to power multiple devices or houses.

The main issue with batteries is their short life span. In turn, even Apple advises its customers on how to maximize the battery life of iPhones, iPads, and MacBooks. As such, a printed solar cell could rival batteries when it comes to the span of existence. In turn, it could help its users save some money.

As per Tech Crunch, Dracula claimed that it is four times cheaper to have than batteries due to its durability. The solar cells last over a decade, while the latter, on the other hand, have an extremely shorter lifetime.

The aforementioned issue of bulkiness and lack of flexibility of batteries is another major hurdle that designers of devices face. Again, the inkjet-printed technology solves just that.

LAYER could take numerous forms — even bat-shaped as the company flaunted to TechCrunch. With that, it could be hidden inside gadgets that sport an odd-shaped or thin design.

The silicon material that the solar cells uses made it flexible enough to be customized.

Read Also: Solar Panels Could Be More Efficient and Cheaper; Thanks to Perovskite Cell, 400x Thinner Than Silicon Wafer

These solar cells are also greener than batteries.

The new-gen solar cells refrain from using heavy metals or earthly material that demand intense mining. As an alternative, it is composed of carbon-based substances. Not to mention that the company also claims that its material is recyclable. Additionally, the photo-active ink used for printing is organic as well.

Elsewhere, a Korean scientist an invisible solar technology that mobile devices could use as well.