Although "Genshin Impact" 2.0 is still months ahead before MiHoYo's release, some rumors and other speculations are already claiming the new updates and in-game content that could arrive in the new version. 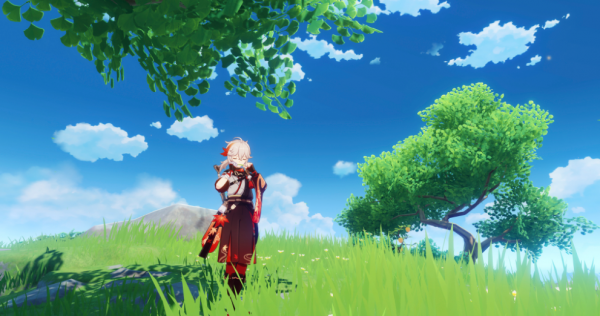 (Photo : Screenshot provided by MiHoYo )
Sayu, Yoimiya Could Arrive This Coming 'Genshin Impact' 2.0: Here are Their Skills and Gameplay

Right now, one of the most popular updates is the arrival of Yoimiya and Sayu, the two new female heroes that will arrive in "Genshin Impact" 2.0. Specifically, the new leaks revealed some animation of the new characters.

Not only that, but the leakers also showed the possible gameplay, skills, and abilities of Yoimiya and Sayu once they arrive in the popular role-playing adventure title. These new videos show the heroes' walking styles, Elemental Bursts, and Skills, as well as their normal attacks.

Here are other major details you need to see.

According to Sports Keeda's latest report, the new characters of the upcoming "Genshin Impact" 2.0 will include a Pyro 5-star hero, specifically Yoimiya, and an Anemo Claymore character, which is Sayu. 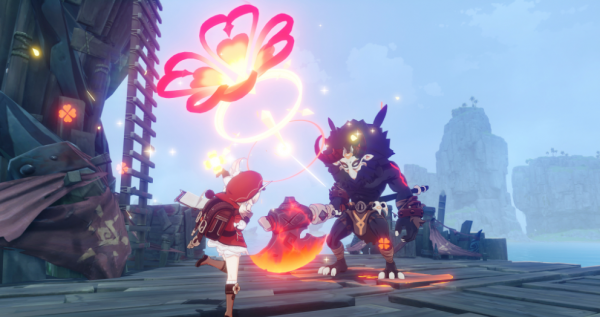 (Photo : Screenshot provided by MiHoYo )
Sayu, Yoimiya Could Arrive This Coming 'Genshin Impact' 2.0: Here are Their Skills and Gameplay

This means that Yoimiya will rely on fire elements to attack and use her skills. Some rumors claimed that her abilities seem to be powerful Pyro-based attacks with a focus on strong AOE damage.

Yoimiya's Elemental Skill and Normal Attacks are both very powerful. These include her charged Bow, which allows her to fire three extra projectiles that will deal Pyro damage. On the other hand, she can also use her Elemental Skill, which will increase her fire rate and cause her normal attacks to deal Pyro damage as well.

(She apparently has one idle? I waited like 10 minutes.)

Meanwhile, Sayu's gameplay is quite different since most of her skills rely on mobility attacks. These include her Elemental Skill, which allows her to make a unique movement that can be cast and turn into a spinning wheel attack. This will also allow her to absorb Elementals as it travels.

On the other hand, once the players release this skill, Sayu will perform a spinning kick, releasing whatever Element she picks up along the way. Aside from this, her Elemental Burst also allows her to summon her Daruma, also known as Luoluo.

This will provide her with utility and healing abilities. Her Elemental Burst will also heal her will heal nearby allies whose health has dropped below 70%. When all allies with 70% health, as well as Anemo damage to surrounding enemies.

But, before you believe all these leaked details, you still need to remember that MiHoYo hasn't confirmed them yet. However, since most of the recent leaks were correct, there's a high chance that Yoimiya and Sayu will really have these skills and abilities.

Aside from Yoimiya and Sayu, some leakers and other sources claimed that Inazuma won't arrive until the new "Genshin Impact" 2.0 is released by MiHoYo.

Screen Rant reported that many fans were expecting this new hero to be released in the current "Genshin Impact" 1.6 version. Since this is the case, the arrival of Inazuma really depends on the final decision of MiHoYo. This means that it might or might not be released in the upcoming 2.0 update.

For more news updates about "Genshin Impact" 2.0 and its upcoming versions, always keep your tabs open here at TechTimes.