Mobvoi TicWatch E3 is the second Wear OS Smartwatch powered by the Snapdragon 4100 chipset, as seen on an Instagram video. The leak before the actual launch comes after Google revamped its wearable platform in partnership with Samsung. 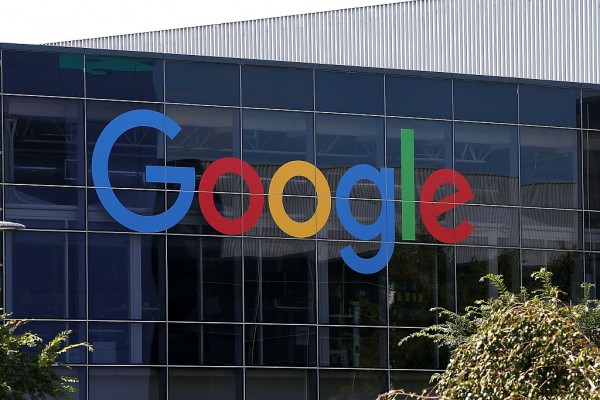 (Photo : by Justin Sullivan/Getty Images)
MOUNTAIN VIEW, CA - SEPTEMBER 02: The new Google logo is displayed at the Google headquarters on September 2, 2015 in Mountain View, California. Google has made the most dramatic change to their logo since 1999 and have replaced their signature serif font with a new typeface called Product Sans.

It is still unclear how Instagram user @andrey_koftun got a TicWatch E3 even before its official release.

The brief video posted revealed the hardware details of the upcoming watch and its actual packaging.

The video that flaunted the unreleased device has since been deleted. Officially, the watch is teased to release on June 16. Furthermore, there are no official specs and pricing unveiled as of writing.

The box mentions the TicWatch E3 is running on Qualcomm's Snapdragon 4100 chip.

9to5Google noted that the release marks a milestone of the second Wear OS device to pack such a powerful chip.

As mentioned, it is not the first time that a Wear OS wearable sported a similar powerful chip. The TicWatch Pro 3, which launched in 2020, had the same brainpower. And since then, no other smartwatch dared to use a Snapdragon 4100 on a Wear OS.

Aside from the powerful chip, it will also be featuring a 2.5D glass display.

The E3 is also a great device for those with active lifestyles as it is IP68 water-resistant, and it comes along with various workout modes. However, the specific modes were not revealed during the brief Instagram video.

Moreover, the smartwatch has health features such as heart rate, SpO2 monitoring, and sleep tracking.

Although the battery life was not detailed, it is confirmed that it could be charged witg a magnetic charger.

Also, the latest design looks slimmer than its predecessor, the TicWatch E2, at least from what it looks like from the photo posted. Still, there are no actual measurements to compare.

Up until now, Mobvoi has yet to announce if the TicWatch Pro 3 is getting the Google and Samsung revamp. The video posted did not say if the E3 is getting it too, but that is something to watch out for.

Nevertheless, it could also be possible that Mobvoi is opting out from the Google and Samsung collaboration for reasons still unknown.

It could be similar to the fate of Fossil.

On June 6, the company said that their smartwatches are not getting the Wear OS upgrade.

However, the watchmaker will not be left behind despite being excluded. The Fossil executive assured that they will be bringing the software benefits that the new Wear OS will be incorporating, as per TechRadar.

On May 18, Google and Samsung allied to create a new Wear OS, combining the South Korean giant's Tizen with it.