Sygnia CEO Magda Wierzycka is now a popular name due to her recent criticism and shade thrown against Elon Musk for his alleged "manipulation" in recent tweets regarding cryptocurrency. Magda Wierzycka is one of the richest women in South Africa, where Musk was also born, and both are known CEOs of their own rights. 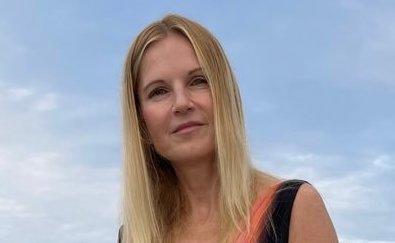 However, there are massive differences between Wierzycka and Musk, particularly their business inclinations and base of operations. The billionaire CEO of Tesla, SpaceX, Starlink, Neuralink, The Boring Company, and more are based in the US, while Wierzycka's Sygnia remains in the continent of South Africa.

Moreover, Wierzycka is more inclined in the financial aspect of the business, hence her reaction to the Bitcoin controversy.

Magdalena Franciszka "Magda" Wierzycka is the former CEO of Sygnia, which she vacated several months back, only to re-assume an executive chair position in the company to "help shape the company" in terms of domestic and international businesses.

Wierzycka has experience in the asset management industry according to the University of the Free State in South Africa. Moreover, she has contributed to numerous studies in the field, and also served as a Board Member in the Actuarial Society of South Africa.

Her career began in 1993 at Southern Life, before working at Alexander Forbes, and Coronation Fund Managers before starting a hedge-fund company called IQvest. After selling the startup to African Harvest, she was appointed as its CEO, which led to its 2006 buyout that started Sygnia.

Sygnia is a financial technology company that promises "money management for all." Wierzycka co-founded the company, for which she served as CEO, consultant, and top executive until her recent leave from the position.

Wierzycka has grown the company from 2 billion South African Rand (R) to R238 billion valuation last 2019. The company is focused on money management mostly for South African clients but is known to be a global company that is listed on Johannesburg Stock Exchange since October 2015.

The company aims to make investments "accessible to all," along with simplifying its processes and aid people concerning their monetary ventures. Sygnia said that it extends its services from massive corporations, down to personal investments.

Recently, the podcast called "Money Show with Bruce Whitfield" has been able to interview Magda Wierzycka, who commented on the massive control of Elon Musk with regards to Bitcoin's prices online. She said that Musk can do this with just a few words on his Twitter page, and called this "manipulation" of its prices.

This is inaccurate. Tesla only sold ~10% of holdings to confirm BTC could be liquidated easily without moving market.

Musk's previous tweets included that of Bitcoin's broken heart emoji, the space race of cryptocurrencies, and emoji replies which have affected stocks in the past weeks.