"Genshin Impact" and "Honkai Impact 3rd" crossover is just around the corner. MiHoYo released a press release confirming the major updates and details that fans should definitely expect from the game innovation. 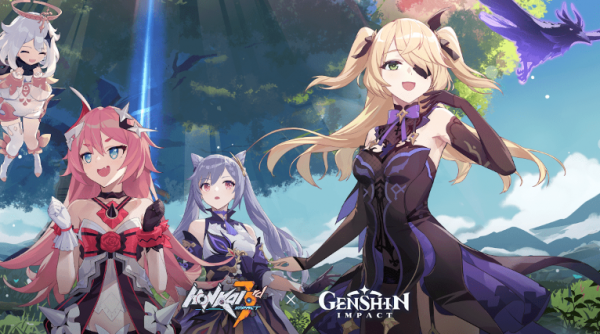 Since there are some players who only focus on "Genshin Impact" or "Honkai Impact 3rd," confusion between the two popular adventure role-playing titles can't be avoided. Because of this, MiHoYo explained their differences.

"Lead a fledgling resistance of [Valkyries], brave girls carrying anti-Honkai genome, against the spreading Honkai disaster to protect all that is beautiful in the world," said MiHoYo through its official press release.

Dig into the behind-the-scenes of this crossover event!
>>https://t.co/aCwKImI7wk#HonkaiImpact3rd #GenshinImpact #miHoYo pic.twitter.com/GRGNwNBvUK

MiHoYo confirmed that one of the biggest changes that you should wait for is the arrival of Fischl in "Honkai Impact 3rd." This character is originally released in the popular "Genshin Impact," which is still making some huge noise because of its massive updates every new version.

When it comes to gameplay, the new character will be built around weak spot aiming. On the other hand, MiHoYo also confirmed that it will enhance Oz's models, animations, and special effects. The company said that this will give Fischl a unique charm and a bigger presence in "Honkai Impact 3rd."

When Will the Crossover Arrive?

Clutch Point reported that the new "Genshin Impact" x "Honkai Impact 3rd" collaboration will be featured in the upcoming Version 4.8 of the game. This information was also confirmed by MiHoYo, saying that the crossover will be available on Android, PC, and iOS.

As of the moment, these are only the confirmed details that the game developer released. Although this is the case, MiHoYo announced that it will still release new updates as the arrival of "Honkai Impact 3rd" 4.9 arrives, which is currently rumored to be on July 8.