Night Vision for Everyone: Researchers Use Ultra-Thin Nanocrystals to See Infrared Light in Normal Glasses

Night vision could be available to everyone in the coming future. The possibility comes after ultra-thin nanocrystals are letting even typical glasses see infrared light — which helps in having a vision when ambient light is not available. 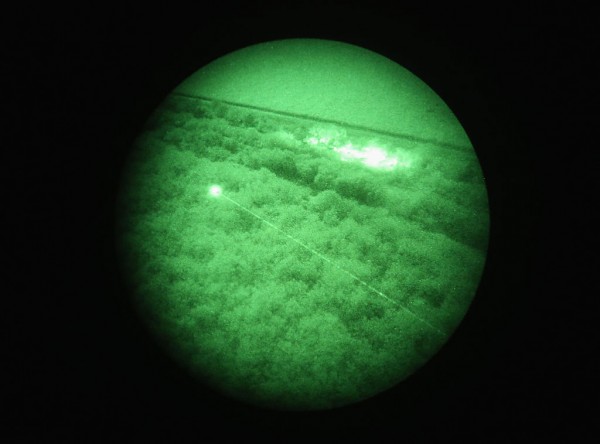 Pop culture widely portrays night vision. Thus, we get to see it in most blockbuster action movies. But most of us have not seen or used one ourselves — perhaps the exception is when you are playing "Call of Duty"or any similar shooter game, and even then, the experience is not the same.

However, in real life, most of us do not use the device in our daily lives.

Probably for two reasons: currently, it is too heavy and bulky — too inconvenient to use. Another drawback that had withheld its commercial release is the need for cryogenic cooling, and low temperature requirements.

The night-vision tech has been in existence since the mid-1960s, as per The Conversation. Since then, these issues have not been improved. Thus, only law enforcement, security professionals, and camping hobbyists use it regularly.

So, to address the existing problems of night-vision, a group of researchers propose to use tiny nanocrystals layers to unmask infrared light. It will be so light and thin that everyday glasses could carry it.

Additionally, the tiny built-in laser is the finishing touch that will let everyone wearing it walk freely in the dark.

The new night-vision technology is also meant to help current users, such as the police and the military. Canberra Weekly noted that the device does not produce neck injuries as the current weighty one does.

Not to mention that the new technology is cheap and mass produce-ready. So, everyday users could possibly get their hands on it soon.

On the other hand, the current night-vision device is costly to produce due to its above-average temperature requirements.

Dragomir Neshev, Australian National University Professor in Physics, said that: "This is the first time anywhere in the world that infrared light has been successfully transformed into visible images in an ultra-thin screen."

The study expounding on the process is published on Advanced Photonics.

Separately, scientists have tried injecting nanoparticles to lab mice, and they were able to see infrared light.

The Conversation added that there is an increasing demand to see infrared light. It is not only limited to seeing things at night.

For instance, it could also be utilized in perfecting crops as it helps in ensuring that the quality of food ingredients is in gold-standard through LIDAR tech.

Moreover, futuristic endeavors such as holographs and autonomous systems could use it as well.

Elsewhere, scientists have learned that fish has the ability to supercharged its night vision.

Related Article: Facebook's Mark Zuckerberg Talks About 'Teleportation' via Smart Glasses, and How to Use The Device to Fight Climate Change