NASA, together with NOAA, decided to conduct a new study that revealed how Earth's heat absorption became worst than before. The two agencies discovered that the Earth currently absorbs an unprecedented amount of heat. 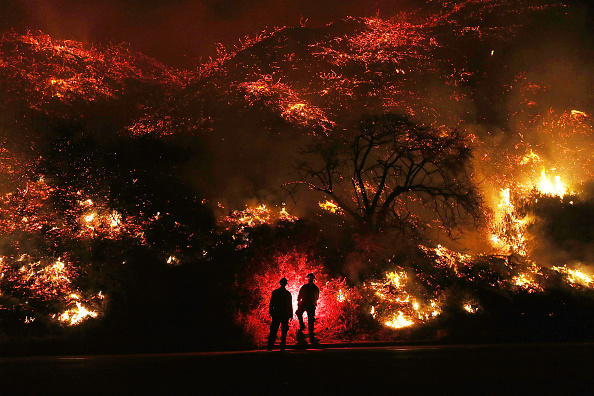 (Photo : Photo by Mario Tama/Getty Images)
Firefighters monitor a section of the Thomas Fire along the 101 freeway on December 7, 2017 north of Ventura, California. The firefighters occasionally used a flare device to burn-off brush close to the roadside. Strong Santa Ana winds are rapidly pushing multiple wildfires across the region, expanding across tens of thousands of acres and destroying hundreds of homes and structures.

This is currently alarming since the involved researchers in the new study claimed that Earth is now twice hotter compared to the previous years. They confirmed that the rising temperature started in 2005.

NASA added that during the past 15 years, the planet's incoming solar radiation trapped on the surface and in the oceans has doubled.

The findings of NOAA and NASA were published in the Geophysical Research Letters journal on June 15. To give you more idea, here's how NASA and NOAA discovered the rising temperature issue.

As of the moment, various companies, such as Tesla, are making efforts to reduced global warming. Because of Elon Musk's initiatives, many automakers are now following Tesla's goals.

However, it seems like their innovations are not enough to cool the planet off. 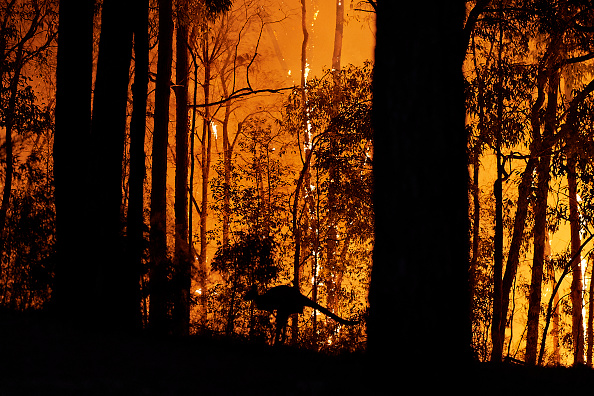 (Photo : Photo by Brett Hemmings/Getty Images)
A kangaroo escapes the fire as the fire front approaches a property on November 15, 2019 in Colo Heights, Australia. The warning has been issued for a 80,000-hectare blaze at Gospers Mountain, which is burning in the direction of Colo Heights. An estimated million hectares of land has been burned by bushfire across Australia following catastrophic fire conditions.

"Climate is determined by how much of the sun's energy the Earth absorbs and how much energy Earth sheds through the emission of thermal infrared radiation," added the space agency.

NASA and NOAA confirmed that they used satellite datasets, which look at the top of the Earth's atmosphere. Aside from this, they also relied on a network of autonomous floats that gather data in the upper 6,561 feet (2,000 meters) of the ocean.

How Serious Is Earth's Rising Temperature?

According to Gizmodo's latest report, NASA and NOAA compared the doubled heat of Earth to dropping four Hiroshima atomic bombs every second. On the other hand, they also added that it is as serious as 7 billion people firing up 20 electric kettles for 24 hours.

NASA and NOAA also explained that the rising heat is caused by changes in cloud cover and reflectivity of the surface.

For more news updates about NASA and its new studies, always keep your tabs open here at TechTimes.