Twitch Bans 'ASMR Meta' Biggest Streamers Amouranth and Indiefoxx — Is it the End of the Rising Meta?

Twitch banned the face of the rising "ASMR Meta," Amouranth and Indiefoxx. The latest move of the gaming platform is the first stance that it has made against the rising trend. 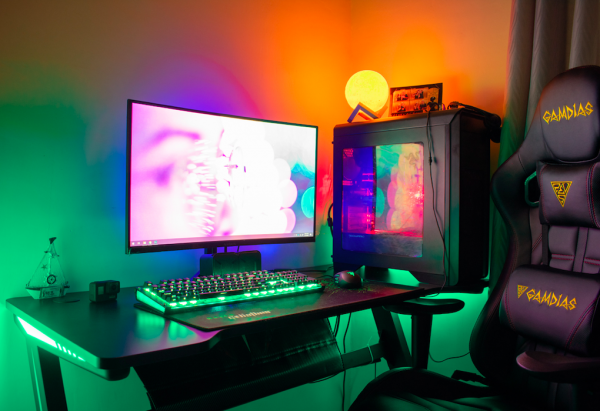 (Photo : Photo by John Petalcurin from Pexels)
Twitch banned the faces of “ASMR Meta,” Amouranth and Indiefoxx. Will this big move by the steaming giant pave the way to the collapse of the rising new meta?

However, Twitch did not officially issue any statement addressing the recent expulsion of the two famed streamers. The pattern of banning the most prominent names in the "ASMR TikTok Leggings Yoga Meta" only suggested that it is targeting the new fad.

According to ComicBook, the latest meta is similar to the Hot Tub stream as far as its growth was concerned. Both spread like wildfire in Twitch, with the same faces of streamers frequenting.

IndieFoxx and Amouranth were also the pioneering streams of the likewise controversial Hot Tub meta. And, yet again, they are the top users of the "ASMR Meta." In the past, the account of the latter got accidentally demonetized after the advertisers decided to stay away from similar content.

Twitch has since dedicated a speficic category for the Hot Tub streams.

What is only clear as of now is that Twitch has banned the center figures of the "ASMR Meta." But the reason as to why and how long it will be implemented is still unknown.

Dexerto reported that the famed streamers boasts over four million followers. Around 10,000 of them fancy watching them jadedly licking their microphones as they show off their leggings drip.

The traction of the mic licking meta has seen an average of 20,000 views. During its early days, it only drew 14,000 views at best.

To compare with other popular categories, it now sits at the 30th spot of the most watch streaming category in the platform.

Before the microphone licking streamers flooded the ASMR category, there were other streamers involved in reading stories or roleplaying while incorporating the audio stimulation. However, the original streamers got pushed down by the likes of Amouranth and IndieFoxx.

A day before the banning of ASMR streamers, a popular Twitch streamer who goes by the name Asmongold said that the platform was at fault for the rise of such bizarre trends. He added that turning deaf into the complaints of its users have encouraged sexual content.

Some critics lambasted the "ASMR meta" as it seemingly mimics a sexually suggestive sound.

Consequently, users were rallying behind Asmongold and suggesting the ban or move of ASMR Meta to a strict moderation category.

As of now, the latest move of Twitch suggests that the platform agrees with what the critics are saying. However, once the suspensions of both Amourant and Indiefoxx are lifted, they are likely to be seen doing similar kinds of streams, Dexerto noted.

The end of the ASMR meta will only be established once Twitch uses its rules and regulations to outright ban any similar content.