"Overwatch" has introduced cross-play earlier today, and it was a massive development for the game, but players are now reporting errors in playing with different regions. Blizzard Entertainment's latest feature to encourage more gamers into the game has arrived, and it brought back a lot of users to recognize the game, as it features the crossplay. 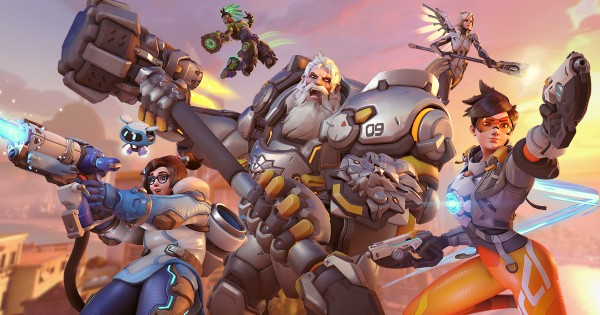 In what is supposed to be merry gaming from Blizzard Entertainment and "Overwatch," a lot of gamers have reported and brought online their problems, regarding the faulty cross-play of the title. Earlier today, it was reported that "Overwatch" has made the update for the cross-play beta live for PC, Nintendo Switch, Xbox, and PlayStation gaming consoles.

And since being in the beta, it is expected to be a soft launch of the game's new feature, which would not all be as "smooth as butter" as it releases. Recently, it was revealed that the game would soon feature its sequel, "Overwatch 2," and it has been talked about by the gaming community, including Dr. DisRespect, a known online shooter gamer.

Is the recent release of the beta feature by Blizzard Entertainment a "cross-fail?" According to Blizzard's "Overwatch" forums, the game developers and publishers have locked players to choose a region, meaning that cross-play across different places in the globe is unavailable for now. Moreover, some errors and bugs were reported for playing crossplay.

It is worth noting that the cross-play feature for the game is only at its beta release, and this said beta release has still not yet reached its first day of existence among people. Blizzard is yet to develop this, and would soon experience the different fix it has, especially if it releases the full version of the "Overwatch" cross-play feature.

What's iconic in this release is that it has gotten people and gamers excited, potentially re-inviting people to play the game where they get to match up with players from other consoles or gaming rigs. For now, the errors are a minimal thing, especially as the gaming developer would soon bring its final version build for people to enjoy.

Did 'Overwatch' Improve Due to Cross-Play?

The answer is yes and no. Yes, "Overwatch" improved its gameplay due to the new feature especially as it could invite more players to match up against each other, regardless of their devices. Blizzard's servers would no longer wait to match up gamers of the same rigs or consoles to join, as it can randomly pick anyone for this.

However, there is a con here, and one of it was the error which the game currently faces, and the other one is the mismatch among players in the console against those on the computer. Console players would have aim assist, and it would help them target players easily, compared to those using the computer's peripherals like keyboard and mouse.

Related Article: 'Overwatch' Cross-Play Feature Lets Users From Both PC and Consoles to Play Together